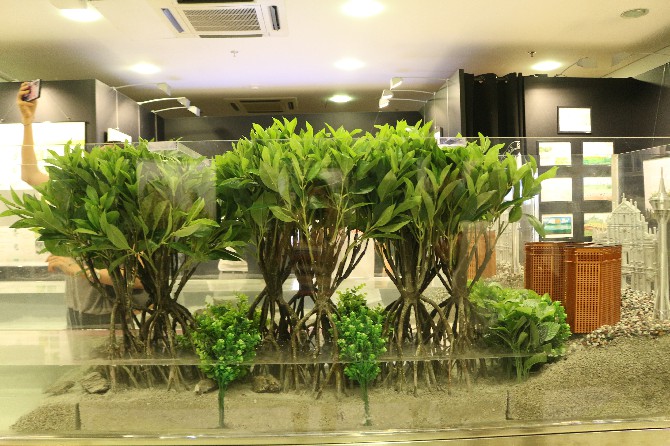 The University of Saint Joseph kicked off an exhibition yesterday about mangroves in a bid to further spread awareness on the value of the mangrove ecosystem.
Organized by the university’s Institute of Science and Environment, the “Macau’s Mangroves: A Coastal Treasure Exhibition” features a series of photographs, artworks, scientific display boards, interactive tank models, installations and videos on the city’s mangroves.
The Macau SAR is home to a thriving mangrove forest that spans approximately 4km of the Taipa-Cotai coastline.
Since mangrove forests are considered one of the most valuable ecosystems and a significant natural coastal treasure, given it protects coastlines from rising sea levels and extreme weather events, the institute has been promoting awareness of the ecosystem for several years.
“We have also been doing science promotional activities focused on environmental education to educate our young generation to protect our environment, especially mangroves which are quite marginalized compared to other beautiful ecosystems like coral reefs,” said Karen Tagulao, a senior lecturer at the Institute. 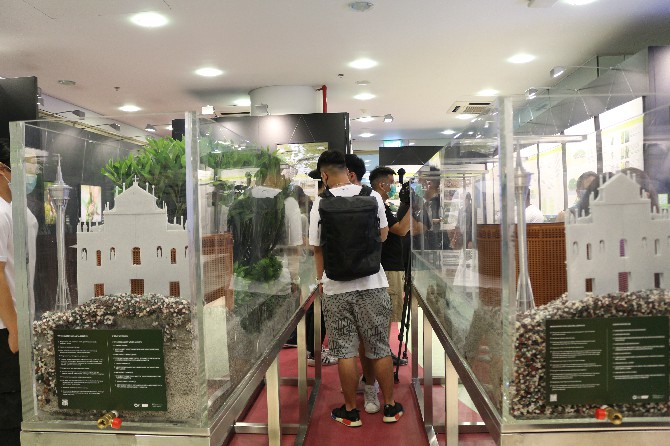 Meanwhile for David Gonçalves, dean of the Institute, the mangroves that exist in Macau are a little-known ecosystem in spite of being very relevant to the territory.
The scholar noted that this exhibition, along with the other activities it had developed throughout the years, aims to raise awareness of the existence of the “fragile ecosystem that has not been very well treated in this part of the world,” particularly in the Pearl River Delta.
“We think that they are very relevant in terms of what the future should be, which is a future that is more green and sustainable,” said Gonçalves.
“It’s a significant exhibition that brings [to light] one side of the research that we do, which is related to the mangroves, that is sometimes not so visible because it stays within the scientific community and does not necessarily translate to the community,” the scholar added.
The Institute has also been conducting trips to mangrove areas – led by Tagulao – targeting local students from different schools, and has even launched a campaign to plant mangroves in different areas of the city involving these students.
Meanwhile, in June, the government had dropped its plans to plant mangroves along the coast of Areia Preta as it had submitted a report to the Central Government, expressing its desire for land reclamation in the vicinity of the Oriental Pearl area.
The plan was announced last year by the Environmental Protection Bureau by which it aimed to fertilize rows of mangroves along the northern coast of the Areia Preta area in order to reduce wastewater and malodorous pollution in this part of Macau.
When questioned by the Times regarding this matter, Gonçalves suggested that the public should make an effort to restore the city’s ecosystems, which were once abandoned.
“These ecosystems provide a number of relevant services for the community in terms of coastal protection, reducing pollution and increase in biodiversity,” said the dean.
“We hope that [an expansion of mangrove areas] can be integrated into the development of the Greater Bay Area, which has not been the case in the past as a contraction [of these areas] is what has been happening until now,” he added.
Meanwhile, the Institute is confident that through these kinds of activities, the heightened awareness of the public will change the ways these matters have been progressing.
The exhibition, which will run until September 30, also highlights that mangroves are vulnerable to the impact of coastal development and other human activities including logging, climate change, coastal development and pollution, among others.