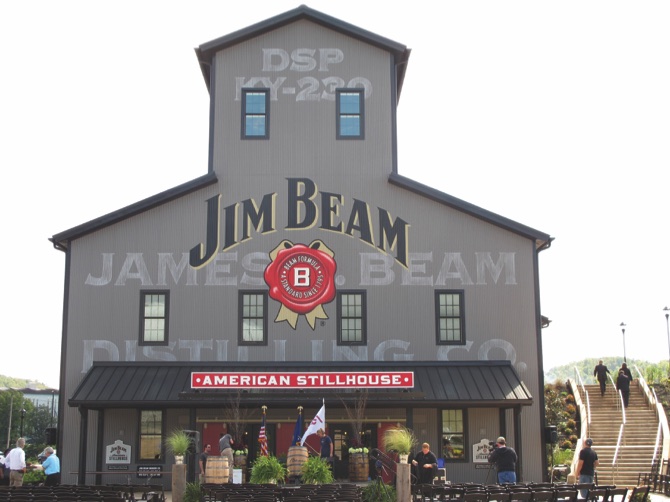 Forget the bottle, a record number of people are experiencing Kentucky bourbon from the barrel, touring distilleries where they can sniff, sip and see whiskey crafted from the source.

It shows that “people don’t just want what’s in the bottle,” association president Eric Gregory said. “They have a thirst for Kentucky’s bourbon culture.”

Many tourists visit multiple distilleries and each stop is counted as a visit, the group said.

The tour started in 1999 and has ridden a wave of popularity as the bourbon and whiskey industries enjoyed growing sales worldwide, in part driven by higher demand for premium spirits and cocktails. The tourism attractions had double-digit attendance growth in 2016 compared with the prior year, and attendance has shot up 300 percent in the past decade, the group said.

The parking lot is routinely filled with out-of-state visitors at the flagship distillery.

“There’s no such thing now as down time,” said Kim Bennett, who leads the Beam brand’s bourbon experiences in Kentucky.

Beam now offers tours seven days a week at the Clermont distillery to keep up with demand, she said. Longer tours allow visitors to delve into the intricacies of bourbon making.

“They want to have that true, deep experience, and that’s what we’re giving them,” she said.

The Kentucky Bourbon Trail Craft Tour, with 11 small distilleries, had 177,228 visits last year, a 32 percent increase from the previous year and up 187 percent over 2013, the association said. Those distilleries are spread across Kentucky.

Gregory called the record tourism numbers a “cause for celebration for the entire commonwealth.”

“Think of what 1 million tours means to Kentucky in jobs, tax revenue and positive publicity,” he said.

The latest boost for bourbon tourism came from a new state law that allows distilleries to obtain licenses to offer by-the-drink sales.

The cocktail bar has been a popular spot since opening last September at Beam’s flagship distillery. One out of every three adult visitors has stopped to purchase a mixed drink, Bennett said.

The continued tourism surge comes amid an overall expansion in the state’s USD3 billion bourbon sector. The association said its member distilleries are in the middle of a $1.3 billion building boom that includes expanded production facilities and new tourism centers.

An industry patriarch, Bill Samuels Jr., who retired after a long career as the top executive at Maker’s Mark, said bourbon tourism generates strong promotional value: “Those million, they go home and they tell 20 million,” he said. AP

Farm to table: A bit tricky in winter, but in high demand 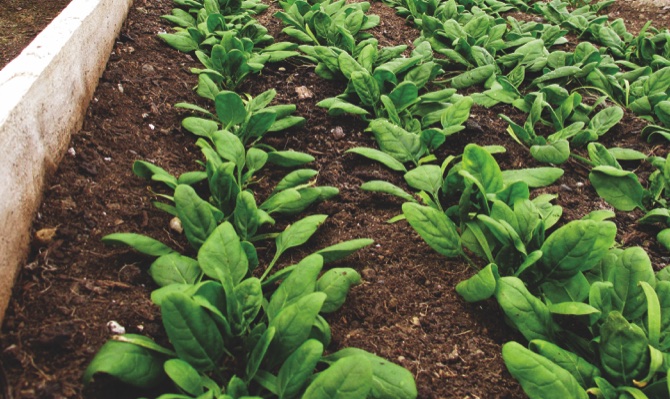 Demand driven by the farm-to-table movement knows no seasons, so farmers in colder areas of the country increasingly use greenhouses and similar structures to meet wintertime demand for local produce.

While crusty snow and ice covers the ground in January in Vermont, spinach leaves sprout in rows of unfrozen soil inside a high tunnel — a large enclosure covered by plastic film that is warmed by the sun and protected from the wind.

“I can never keep up with the spinach demand,” said Joe Buley, owner of Screamin’ Ridge Farm in Montpelier, who planted the spinach in November and will sell it in about two weeks.

This time of year, when vegetables are trucked in from California and Mexico, some consumers clamor for fresh local produce.

“I’m definitely interested in supporting local agriculture, and I definitely like eating greens in the winter,” said Serena Matt of Marshfield, Vermont, who paid Bear Roots Farm in South Barre, Vermont, ahead to get biweekly bundles of produce that in the winter typically include greens like spinach or baby kale.

The federal government helped spur the growth in winter farming by providing financial and technical assistance to farmers to install high tunnels to extend the growing season, protect crops from harsh conditions, reduce energy use and improve air quality by reducing the transportation of food. Between 2010 and 2016, the U.S. Department of Agriculture’s Natural Resources Conservation Service helped producers construct more than 15,000 high tunnels around the country, with Alaska having the most.

“And it did so well we were able to get a second one, and we added a third one last year,” said Heidi Rohwer, estimating they cost about USD7,000 each.

“If we don’t take enough greens, they get really mad,” Rohwer said.

Buley expects his spinach to start taking off soon, when the sun gets higher in February.

“They get really big, and we’ll come down through and just start harvesting like crazy,” he said. It’s also a lot sweeter, with thicker leaves, than summer spinach, because of the colder weather, he said.

“Root vegetables are nice, but usually right around Jan. 1, people are like, if you come at them with a butternut squash, they’re going to smack you,” he said laughing. AP