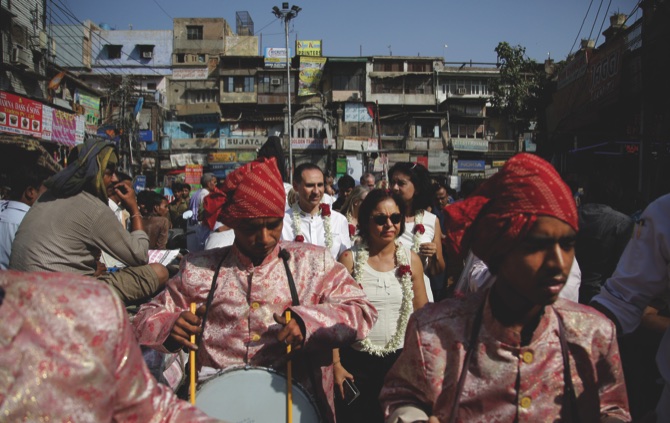 An elite club of chefs is taking a break from feeding the world’s most powerful leaders to visit the Indian capital and sample its spicy, aromatic cuisine.
Wending through the crowded alleyways of Old Delhi’s pungent spice market, the group of 18 gourmands sneezed and coughed as they smelled and sampled everything from turmeric and cloves to dried red chilies and pomegranate seeds.
Cristeta Comerford, the executive chef in President Barack Obama’s White House, said she was “learning a lot” sampling north Indian delicacies, and that the trip to the chaotic spice bazaar — Asia’s largest wholesale spice market — was “one of the most amazing experiences.”
“You really got to experience everything — you smelled it, you felt it, you see the people that are working to make sure that all of these spices are brought to our homes,” she said.
The group, called Le Club des Chefs des Chefs, is a collection of personal chefs serving global heads of state. The group was founded in 1977 in Paris by French chef Gilles Bragard.
This is the first time they are holding their annual general assembly in India.
With India eager to promote its diverse street foods and rich curries with the likes of the British royal family or French President Francois Hollande, its kitchens have been serving up a weeklong feast for the visiting chefs.
“We’ve been treated to some fantastic, different foods,” prepared with milder mixtures of hot spices so as not to upset sensitive stomachs, said Mark Flanagan, chef to the British royals.
He declined to say what Queen Elizabeth II preferred to have for her dinners, but noted the strong links between Britain and India dating back to the British Empire.
“Indian food has become very much a part of British culture. So to see it in the real, in flesh so to speak, is fantastic,” Flanagan said.
But persuading chefs to feature foreign dishes once they’re home may be tricky, with many saying the world leaders they cook for have particular palates.
Canadian Prime Minister Justin Trudeau and his family, for example, “lead a very busy life” and enjoy “comfort food, home-style food,” said Indo-Canadian chef Neil Dhawan.
The annual assembly also gives the chefs a chance to exchange recipes and discuss ways in which food can help in diplomacy.
While in India on an invitation from President Pranab Mukherjee, the club also participated in a cake-mixing ceremony, and prepared a charity dinner for Nobel Peace Prize winner Kailash Satyarthi’s children’s charity. Shonal Ganguly & Rishabh R. Jain, AP 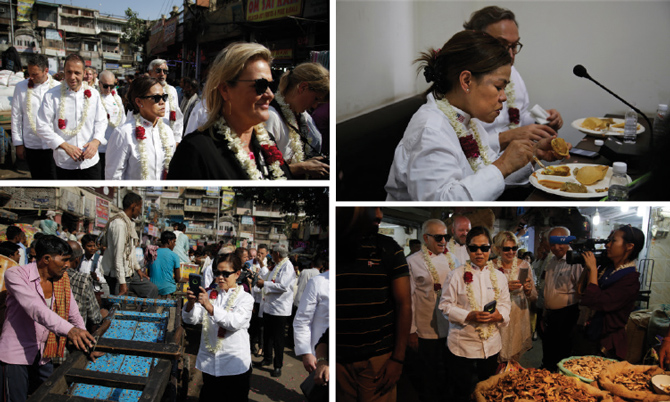