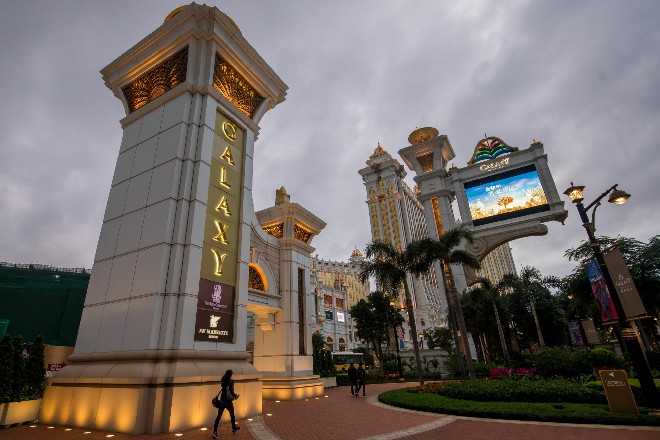 Galaxy Entertainment Group’s (GEG) net revenue during the second quarter of 2020 stood at HKD1.15 billion, down 91% year-on-year and down 77% quarter-on-quarter due to the adverse impacts of Covid-19, which included a significant reduction in tourist arrivals and subsequent decline in revenue.
During the first half of the year, the group’s net revenue was down 76% year-on-year to HKD6.22 billion, while its January to June adjusted EBITDA stood at negative HKD1.09 million compared to HKD8.32 billion in the first half of 2019.
Its adjusted EBITDA for the second quarter of this year stood at negative HKD1.4 billion.
Speaking in a press conference held online yesterday, Lui Che Woo, chairman of GEG, announced that its balance sheet remains strong with HKD49.8 billion in cash and liquid investments and HKD43.6 billion of net cash.
“During this period of very low revenue our focus has shifted from revenue generation to effective cost control. However, it is important to not cut costs excessively and therefore adversely impact our ability to deliver upon customer service standards when business returns,” said the chairman.
The deputy chairman of GEG, Francis Lui, explained that the gaming operator has lowered its daily expenditure to HKD2.5 million a day.
“We spent about HKD3.4 million a day during the first quarter. So far in the second quarter, it has been lowered to HKD2.5 million a day. We’ve already made improvements to the tune of 10% to 20% and we hope to continue to make efforts so that […] we can better our finances,” said Lui.
Meanwhile, it is still “too early to say” for GEG to expect a positive outcome this year on the reissuance of the Individual Visit Scheme (IVS).
The government recently announced that it will expand the IVS and group travel beyond Zhuhai to Guangdong Province by August 26, and nationwide by September 23, provided the pandemic situation continues to improve.
For the gaming operator, it is premature to comment on how quickly the market may recover, despite the long-awaited ‘baby steps’ toward regaining visitors. It notes that it is still expecting to experience further headwinds from the pandemic, which will have an adverse impact on its financial performance.
Given the ongoing Covid-19 situation, the board decided yesterday not to declare a dividend. GEG paid a special dividend of HKD0.45 per share on April 24.
“Our balance sheet has been very sound. […] We took the prudent step to conserve cash during this crisis […] As we gradually continue the recovery we will consider it as we go forward. We have a strong balance sheet and we continue to invest in our Cotai development projects,” said GEG’s Chief Financial Officer, Robert Drake, who was also present at the online press conference.
The construction process for GEG’s expansion is on schedule, according to Lui, who noted that developments for these projects will follow the timetable no matter how the pandemic situation changes.
“We will continue to work with the government and proceed with the project,” said Lui.