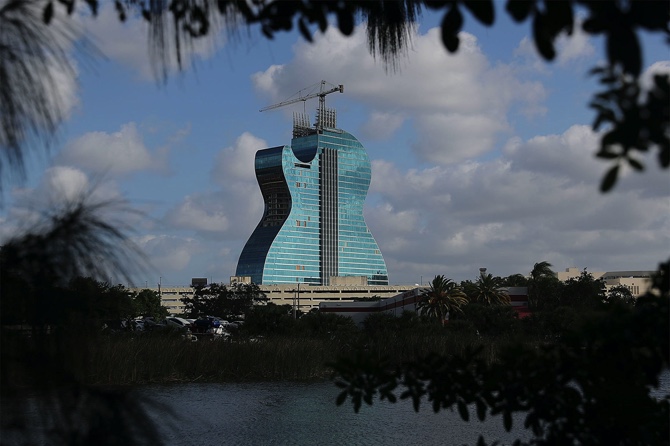 The guitar-shaped Hard Rock Hotel under construction in Hollywood, Florida

ith a $1.5 billion casino expansion opening tomorrow in Florida, Hard Rock International Inc. may soon be turning its attention to other markets.

One option may be heading to the Las Vegas Strip with a new location – once an existing Hard Rock property in the city closes next year.

“Certainly on the Strip is one of the possibilities,” Chief Executive Officer Jim Allen said in an interview Monday with Bloomberg Radio’s Carol Massar and Jason Kelly. While the company isn’t looking specifically at this point, being on the Strip is a big deal in the industry. “We look at this as a great opportunity for our brand,” Allen said.

Hard Rock has grown since being acquired by Florida’s Seminole Tribe in 2007, adding hotel locations in London and Cabos San Lucas, Mexico, this year alone. The expansion in Hollywood, Florida, north of Miami, introduces a 638-room, guitar-shaped hotel tower and a private lagoon with bungalow cabanas reminiscent of the Bora Bora island in the South Pacific.

The expansion effort has brought tragedy as well. A Hard Rock hotel under construction in New Orleans collapsed Oct. 12, killing three people. Allen said he was hopeful to be able to move forward with a hotel in the city, but the company plans to work with local and national officials to complete a full investigation of the accident.

“First thing, our prayers go out to the families and those that were injured and also the supporting businesses around the site,” he said. “That is really where our focus is right now.”

The company is still pursuing an opportunity in Japan, which recently authorized casino gambling. The tribe still has a strong balance sheet, he said, although “that equity check would be substantial if we’re selected.”

The current Hard Rock Las Vegas, which is located off the Strip, wasn’t one of the properties acquired by the Seminoles. It was sold last year and is due to be turned into a Virgin-branded resort by billionaire Richard Branson.

What could Hard Rock buy in Las Vegas? Eldorado Resorts Inc. said it may sell a property on the Strip once its deal to buy Caesars Entertainment Corp. closes next year.

Allen sees Caesars’ Planet Hollywood as “very interesting” and thinks the company’s Bally’s casino occupies “one of the more legendary corners on the Las Vegas Strip” and was “one of the possibilities.”

Allen said he wasn’t interested in the Cosmopolitan resort, which owner Blackstone Group is said to be shopping for $4 billion. Christopher Palmeri, Bloomberg 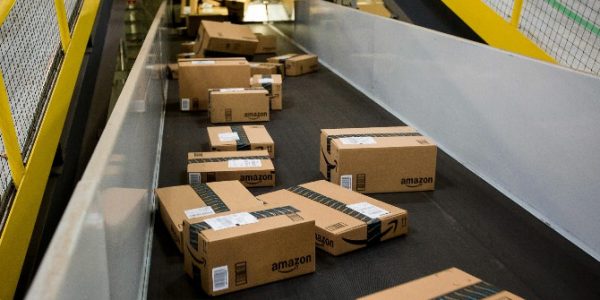 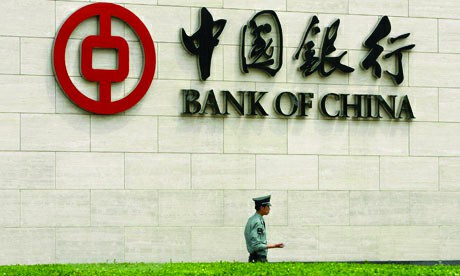