Gaming | Lawrence Ho predicts recovery will be gradual, not V-shaped 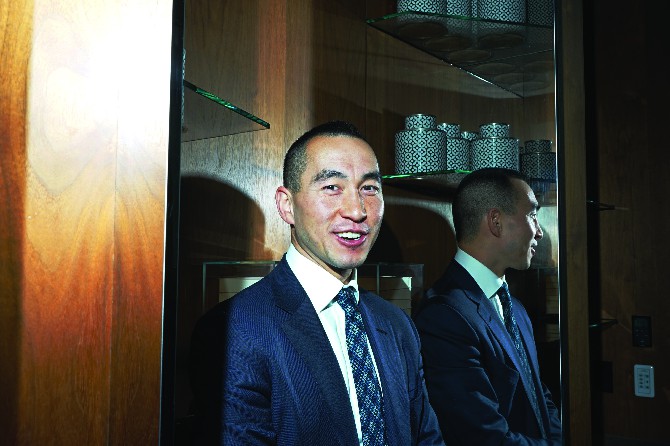 The recovery of Macau’s casino sector will be gradual and will take longer than first expected, Lawrence Ho, Chairman and Chief Executive Officer of Melco Resorts and Entertainment, has said.
The gaming operator chief made his prediction during Melco Resorts’ second-quarter earnings call late last week, just days after Zhuhai resumed issuing Individual Visit Scheme visas for its residents wishing to travel to Macau for tourism purposes.
Ho said that the recovery in Macau would be gradual and not V-shaped as others had earlier predicted. He also suggested that the VIP and premium mass play would return faster than the mass market.
“It’s not going to be a V-shaped recovery because at the end of the day, people will still be traveling outside [of mainland China] for the very first time,” he said, according to comments cited by online media GGRAsia. “We still think the recovery will be very nice, but it’s going to take a little bit longer than we had hoped.”
Preliminary data from last week showed Macau did not see an immediate rise in visitor arrivals from Zhuhai since the restrictions were eased. The resumption of exit visas for mainland visitors will be expanded to the rest of Guangdong Province on Wednesday, and the entire mainland from September 23, provided no locally-transmitted cases are recorded in the interim period.
Gross gaming revenue dropped 77.4% year-on-year in the first half of 2020, official data shows. Most of the revenue was earned in January before the effects of the Covid-19 pandemic was felt in Macau. The city has entertained near-zero levels of tourism since February.
Ho also referred to the seven-day processing period for Individual Visit Scheme visas, as reported by Macau Daily Times earlier this month. He implied that Macau will not see many visitors from outside of Zhuhai before September at the earliest. However, by then, the “benefits from these relaxations [should] start flowing through,” said Ho.
Last year mainland China accounted for about two-thirds of Macau’s arrivals, with approximately 40% coming from the nine mainland cities of the Greater Bay Area. More than 8% of mainland China arrivals came from Zhuhai alone.
As with Macau’s other gaming concessionaires, operating revenue at Melco Resorts dropped markedly in the second quarter of this year on account of Covid-19-related travel restrictions.
According to unaudited financial results, the total operating revenues of the company fell 88% year-on-year to just $180 million (about 1.4 billion patacas). Accordingly, Melco recorded an operating loss of $370 million in the second quarter, compared with operating income of $208 million in the same quarter last year.
The report noted that the “Covid-19 outbreak continues to have a material effect on Melco Resorts’ operations, financial position, and prospects during the third quarter of 2020.”
“As the disruptions from the Covid-19 outbreak are ongoing, any recovery from such disruptions will depend on future developments, such as the duration of travel and visa restrictions and customer sentiment and behavior, […] all of which are highly uncertain.”