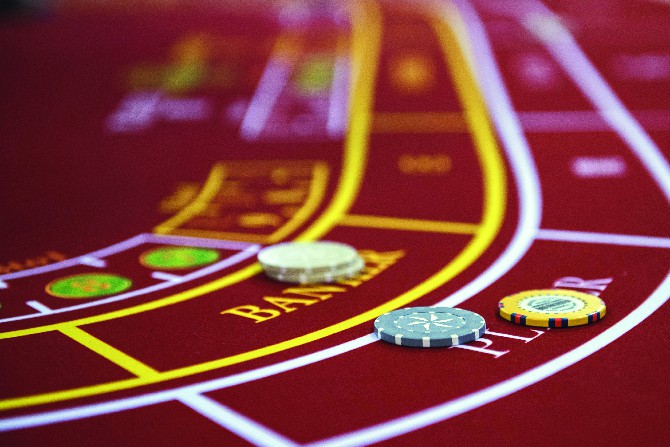 Macau casinos suffered further pain as gaming revenue dropped more than 90% for the fifth straight month in August, with executives awaiting a recovery after China’s gradual relaxation of travel and visa restrictions.
Gross gaming revenue was 1.33 billion patacas ($167 million) in August, down 94.5% from a year earlier, according to data from the Gaming Inspection and Coordination Bureau. That was in line with the median analyst estimate for a 93% decline, as reported by Bloomberg over the weekend.
Year-to-date revenue now amounts to 36.39 billion patacas, down 81.6% from the 198.21 billion patacas recorded in the first eight months of 2019.
Revenue has tracked at near-zero levels since February, when the impact of Covid-19 began to be felt in Macau. Visitor arrivals from the mainland plummeted after China enforced city-wide lockdowns and canceled its visa programs for travel into the special administrative region in late January.
In fact, January was the only month of the year to mostly avoid the fallout from Covid-19. Gross gaming revenue fell 11.3% to 22.1 billion patacas, yet that month alone still accounts for nearly two-thirds of 2020 revenue to date.
Macau needs to see the return of gamblers from the mainland in order to break its 11-month slump in gaming revenue. While casinos have reopened after a shutdown in February, their main customers in China have been kept out of Macau because of travel restrictions and visa bans.
Those restrictions are now slowly being eased. Tourist visas to Macau are being resumed in phases by China, expanding to the entire mainland by September 23. A two-week quarantine imposed on Macau travelers upon their return to the mainland was lifted throughout the country from August 12, although visitors still need to show a negative Covid-19 test result to cross the border and enter Macau casinos.
Analysts are expecting to see signs of recovery in September, followed by a more solid pickup in gaming revenue later in the year. The rebound in VIP business will come faster than mass visitors due to pent-up demand and easier access to travel among such VIP customers.
Some analysts’ predictions for full-year gross gaming revenue imply a strong recovery in the final quarter. Others say that it will take at least another year before gross gaming revenue returns to anywhere near pre-Covid-19 levels.
Despite the gradual travel relaxation, Macau may still face challenges, as China is tightening regulatory controls of outbound capital flow. Also, liquidity continues to be tight in the enclave, with junkets seeing significant capital withdrawals.
The Bloomberg Intelligence Index of Macau casino operators rose 16% in August amid the easing of restrictions. The benchmark Hang Seng Index advanced 2.4% in the same period.
Last year, the casino business directly accounted for about half of Macau’s economy. The lucrative industry is the primary source of tax revenue for the government and a lifeline for many small businesses in the SAR. DB/Bloomberg