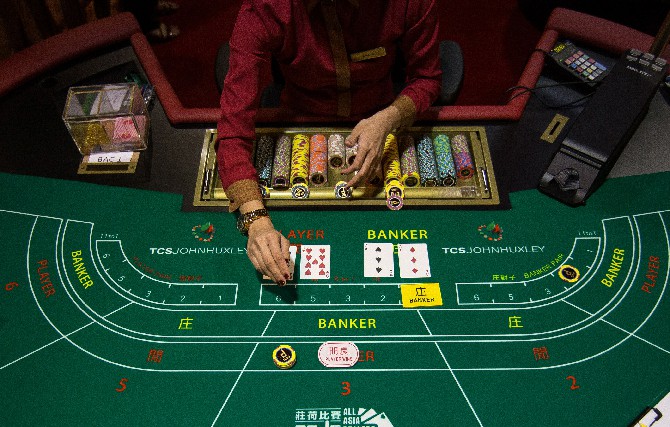 The gross gaming revenue (GGR) from VIP baccarat was recorded at MOP2.34 billion in the third quarter (Q3) of 2020, a sharp increase of nearly 56% from MOP1.5 billion in the previous quarter.
The jump in Q3 has brought the year-to-date revenue of VIP baccarat to MOP18.7 billion — the largest share of overall profits generated from games of fortune in the first three quarters of 2020. This is followed by MOP15.1 billion from mass-market baccarat, MOP2.36 billion from slot machines, and MOP927 million in Cussec.
However, the Q3 figure in VIP baccarat is still not on par with the great gains of MOP14.8 billion collected in the first quarter of this year, when the impact of Covid-19 on gaming revenue had not yet been realized.
The latest statistics were released by the Gaming Inspection and Coordination Bureau (DICJ) yesterday.
The recovery in the VIP segment follows the reinstatement of Individual Visit Scheme (IVS) permits for all mainland tourists since September 23.
Following the resumption of tourist flow between Macau and China, a large volume of high-value bettors from the mainland have gravitated towards the city’s gaming tables, Cloee Chao, president of the New Macau Gaming Staff Rights Association, mentioned to the Times in an earlier interview.
The rise in VIP income in Q3 coincided with a jump in GGR in October, which totaled MOP7.27 billion, equivalent to a rapid month-over-month increase of 229% from MOP2.21 billion in September.
However, the uptick could not offset the fall caused by the pandemic. The GGR in October registered a huge drop of 72.5% from the same month last year.
The SAR government is expecting the annual GGR to be around MOP130 billion by the end of 2021. Staff Reporter