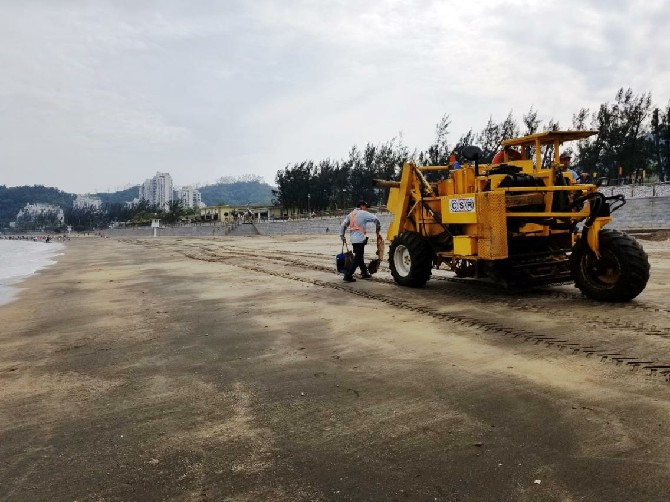 The Macau SAR government is planning to build a world-class amusement park zone in the Hac Sa Beach area, according to a statement written to lawmaker Lam Lon Wai by the Municipal Affairs Bureau (IAM).
As asked by lawmaker Ella Lei earlier, the IAM said that the bureau had already initiated engineering works at a land plot near Hac Sa King Hung Shing Temple in Hac Sa village. The work is the preparatory project in the IAM’s long-term plan to transform the area into a “large-scale integrated leisure zone.”
The IAM’s response to Lei indicated that the area would eventually provide family entertainment, and farming and youth adventure experiences.
Replying to Lam’s interpellation, the IAM explicitly revealed that the aforementioned leisure zone was part of the government’s aim to build a “world-class adventure and amusement park zone.”
Currently, the bureau has invited a consultancy firm to draft a plan for the project which is expected to be ready in 2021.
In order to meet public demand for entertainment facilities as the “world-class amusement park” is being built, the bureau will open temporary activity spaces, including a mountain bike area and, as well as a barbecue space.
Since the world-class amusement park zone will only be ready in 2021, the IAM avoided responding to Lam’s question regarding the timeline for the project’s construction.
As for other details, such as the exact size and scale of this project, the bureau is still keeping this information under wraps.
In March 2018, the Land, Public Works and Transport Bureau recovered two land plots in the Hac Sa area. The land plots occupy a combined area of 70,740 square meters. The land plots were used for storing construction machinery and related materials before the government reclaimed them.