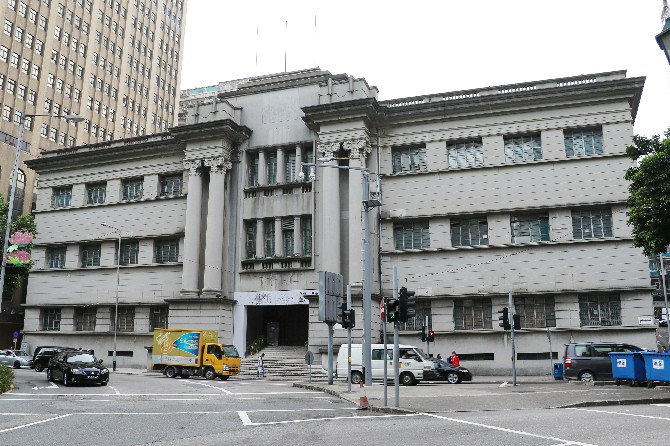 The government has officially announced, through the Secretary of Administration and Justice, André Cheong, that the Old Court Building will be used by his secretariat to house a new facility dedicated to the Court of Final Instance (TUI). Cheong announced the decision on Friday during a press conference with the Executive Council, which was presenting new regulations on the continuing education subsidy.
When questioned by the media on the topic, the secretary said that after an evaluation process, the government decided to change the construction plans for the new Central Library, which the venue was originally planned to host. This facility will house the TUI instead, returning to its former duties as a judicial venue as the Times previously reported on Friday.
Cheong confirmed that, despite the change in plans for the construction of the Central Library, the project, which aims to revamp the Old Court Building to house the TUI, will be adjusted so as to preserve the original and historic appearance of the building.
As for the Central Library, the secretary said that the government was considering another location “on the Macau Peninsula.” He added that the main criteria influencing the choice will be its proximity to residential areas.
Cheong added that before a final decision is made on the location, the proposal will include a public hearing of opinions.
When asked about the new plans for Zone B of the new landfills and Zones C and D of Nam Van, Cheong said that in order “to better take advantage of the land in question” the government would launch the public consultation period on the Macau Urban Master Plan project later this week. The consultation will gather opinions from the public about how to best use the land resources.
As the Times reported last week, the public consultation period on the Urban Master Plan will be launched on Friday, September 4. The public consultation document is expected to shed some light on several projects and land usage, namely the “land bank” that authorities have gathered over the last few years due to the reclamation of idle land plots with expired concessions.
Two projects which have already been abandoned by the government are the “Justice Campus,” initially planned for Zone B of the new landfills, and the Central Library project in the Old Court Building. However, new projects are expected regarding the old Hotel Estoril land plot at Tap Seac Square, as well as a clear definition on the uses for the new landfills that have just begun or are currently in the building process.
The Urban Master Plan has been dubbed the centerpiece for the definition of other slow-progressing projects. These include the expansion of the Light Rapid Transit project to the Peninsula and the number of units to be built under the public housing scheme, among many others.
The public consultation document for the Urban Master Plan is also expected to clarify the role of locations such as the Lai Chi Vun old shipyards and final planning for the Peninsula coastline leisure and sports facilities.