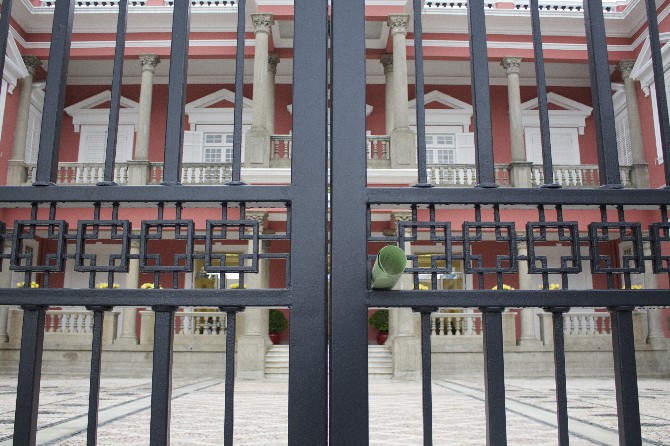 The Macau government has condemned the findings in the 2020 U.S. Congressional-Executive Commission on China’s report which states that the SAR has not progressed toward universal suffrage.
According to the government statement, “The U.S. report is ignoring facts. The U.S. fails in terms of its own governance, yet attempts brutal interference in the internal affairs of Macau.”
Commenting on the city’s democracy situation, the commission’s annual report is somehow similar to last year’s where it noted that local government acted in a manner that stifled calls for democratic development in Macau.
The U.S. body recalled that the city’s sole candidate for Chief Executive (CE) in 2019, Ho Iat Seng, had received 392 out of 400 possible votes from the CE Election Committee members, noting, “many of whom were considered to be supporters of the central government.”
The commission has expressed concerns over an informal poll a local democracy group created, which was New Macau Association, that had a total of 5,698 respondents where 94% of them believed that the CE should be elected by universal suffrage.
However, the poll was cut short after the group’s members endured “insults, physical attacks, and threats from unknown individuals, and their website experienced unspecified abnormalities.”
The association previously claimed that although the voting activity was carried out peacefully in full accordance with the law, it was continuously experiencing technological and political threats and attacks.
Another incident that concerned the U.S. body was when local police authorities banned a rally intended to show support for the ongoing protests in Hong Kong back in 2019.
In the report, the commission also recalled how ahead of President Xi Jinping’s December visit to the Macau SAR to celebrate the 20th handover anniversary, border officials separately denied entry to at least two business representatives, five journalists, and six activists, citing internal security as grounds for denial.
The commission also mentioned that in May 2020, the Municipal Affairs Bureau “revoked authorization for a photo exhibition commemorating the violent suppression of the 1989 Tiananmen protests, departing from its past practice of authorizing the exhibition every year.”
The group’s last concern was an investigative report published by the South China Morning Post which documented commercial establishments providing sex services.
“Some of the employees came from economically impoverished areas of China under the belief that they would find jobs other than sex work. Macau authorities reportedly investigated only a few sex trafficking cases in 2017,” the body noted.
With these statements, the SAR government issued a reply over the weekend, noting, “The practice of such double standards is ludicrous and repulsive. The Macau SAR government expresses its strong opposition to such report’s claims.”