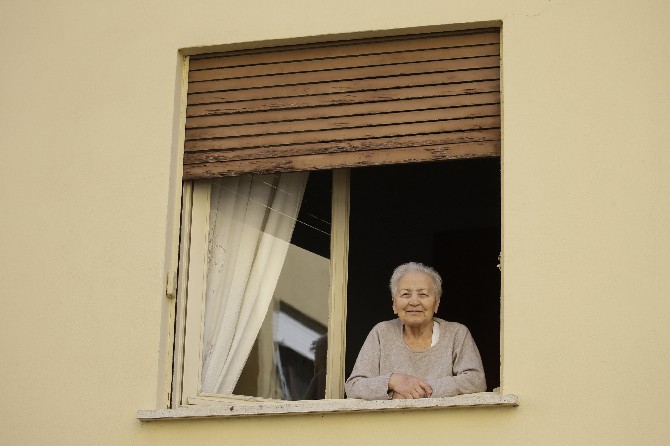 Elderly daycare centers and rehabilitation facilities will be allowed to reopen in phases, announced the Social Welfare Bureau (IAS) at the Health Bureau’s (SSM) press conference yesterday.
Even so, these facilities will operate with limited capacity when they resume, Hoi Va Pou, deputy director of the IAS stated. It is a decision made after consulting the SSM and facility operators, the deputy director noted. It was also disclosed that such facilities will reopen according to their types of services.
The city has seen 55 days with no new cases of Covid-19, Dr Alvis Lo Iek Long, medical director of the public Conde São Januário Hospital disclosed. Out of the 45 patients the city has seen so far, all of them have been discharged from hospitalization, while four are still in recovery quarantine.
June 8 will see the reopening of six daytime care centers for the elderly and five development centers for those with intellectual disabilities. Eight rehabilitation centers for those with intellectual or physical disabilities will resume operation from June 22.
As the facilities will only resume with limited capacity, the IAS deputy director recommended families keep service users under homecare where possible.
In addition, June school fees for government-subsidized nursery facilities will be waived. The fee has been waived for several months already.
Government-subsidized nurseries have been ordered to suspend operations since January due to the city’s first wave of Covid-19 outbreak. The IAS explained that it is aware of the need for such services.
As a result, the IAS has held discussions with the SSM and nursery operators and is hopeful that suitable arrangements for families requiring nursery services can be made.
If, in the future, such facilities are allowed to reopen, even under restricted circumstances, the fee will be calculated against the types and extent of services they offer.
Hoi revealed that her bureau has received information about families looking for “friendly measures”, a name coined by the city’s education and social welfare authorities to refer to daycare services offered by education or nursery facilities.
Such “friendly measures” were proposed by the government to help families with taking care of children whose formal education has not resumed.
With that said, the IAS official disclosed that her bureau was in negotiations with operators regarding the possibility of offering so called “friendly measures” to nursery users.
Last month, the government hinted that it was working on retrieving Macau students studying overseas during the summer holidays.
Inês Chan, an official at the Macao Government Tourism Office (MGTO), hinted that this retrieval operation may be slightly different from the previous one. However, it will likely use the Hong Kong International Airport as a stopover point.
Chan disclosed that the proposed arrangement, which is yet to be confirmed, implies that when the returnees arrive in Hong Kong, the MGTO will “find ways” to bring them back. She added that when the MGTO disclosed they would help with the matter, it was already in negotiation with Hong Kong authorities.
The specific arrangements, however, have not been determined. Details of the arrangement will be announced, according to the MGTO official, in due course. All returnees will be sent to hotels for a mandatory quarantine period of 14 days, the tourism official added.
Many people have been urging the government to reopen the border, which has never been closed previously, on the social media pages of media organizations and the Novel Coronavirus Response and Coordination Center.
The public hospital’s medical director has reiterated that there are a lot of requirements facilitating uninterrupted border crossings. He explained that the colored Health Code, the nucleic test and other measures are some of the factors fostering movement across the border.
He added that mutual recognition of these measures does not necessarily equate to uninterrupted human movement.