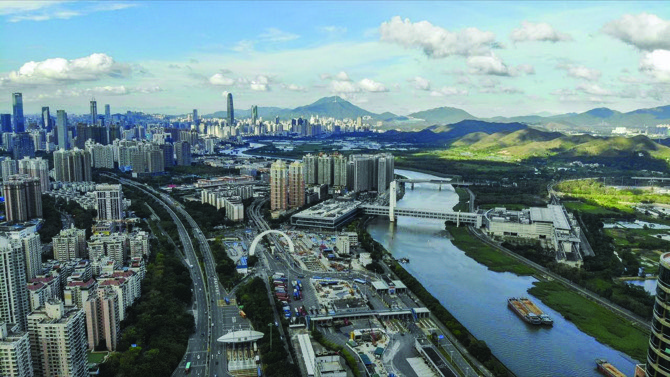 After the Greater Bay Area plan framework was released earlier this month, government officials from mainland China, Hong Kong and Macau were almost unanimous in their positive predictions for the cluster city’s future.

While most politicians advance that a bright future lies ahead for the nine cities of the Greater Bay Area, slowing growth in Guangdong province, once the engine of China’s economic development, casts doubt over the plan’s ambitions.

Earlier this year, the National Bureau of Statistics of China released the latest figures on China’s gross domestic product growth in 2018.

According to the statistics, Guangdong province’s GDP growth has slowed to 6.8 percent, compared to 7.5 percent in 2017. Despite the fact that Guangdong’s total GDP, approximately RMB9.2 trillion or USD1.38 trillion, puts it first among all provinces of mainland China, the southern region is nevertheless among those that have seen a relatively large growth slump.

At the industry level, the province’s primary, secondary and tertiary industries recorded 4.2 percent, 5.9 percent, and 7.8 percent growth respectively in 2018, compared to the respective growth of 3.5 percent, 6.7 percent, and 8.6 percent in 2017.

In January, Guangdong province announced that the GDP growth goal for 2019 is between 6 and 6.5 percent, compared to  the 6.8 percent growth of 2018.

The GDP of Macau in the first, second and third quarters of 2018 grew by 9.2 percent, 6 percent, and 1.6 percent year- on-year, respectively.

In the first three quarters of 2018, the economy grew by 5.6 percent year-on-year in real terms, according to statistics released by the Statistics and Census Service. Meanwhile, Hong Kong’s GDP in the first, second and third quarters of 2018 increased by 4.7 percent, 4.6 percent and 3.5 percent respectively, compared to the same period of the previous year.

Analyzed by each participating city of the Greater Bay Area, both Shenzhen, the province’s technological center, and Guangzhou, the provincial capital, failed to meet their GDP goals of 2018.

In past years, exports contributed to half of the province’s gross domestic product. Their importance as the province’s engine of growth is highlighted by the fact that a drop in exports last year was the chief cause behind Guangdong’s slowdown. In 2018, the exports growth of Guangdong was only 1.2 percent, compared to 6.7 percent growth in 2017.

The China-U.S. trade war is putting pressure on the Chinese economy, which has been fueled by export-led development in the past decades.

While Guangdong’s economy slowed to nearly 6.6 percent, the growth of the country’s gross domestic product performed better, with other mainland provinces, such as Jiangxi, Shanxi, Anhui and Sichuan maintaining a rate of over 8 percent.