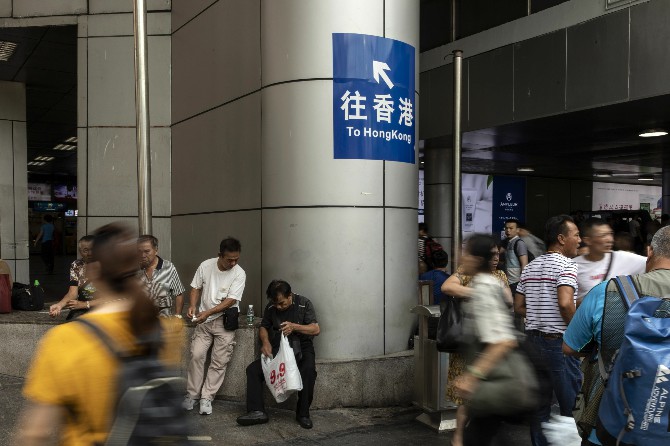 The Greater Bay Area ‘travel bubble’ remains an uncertain prospect after Hong Kong extended its border restrictions in response to detecting a new cluster of Covid-19 cases.
This week, Hong Kong announced that it will prolong its 14-day quarantine requirements for travelers from China, Macau and Taiwan to July 7. The restrictions had already been extended to June 7.
For analysts and social affairs commentators, the extended restrictions are a disappointment as the flows of tourists is considered essential to the recovery of Macau’s economy.
It has been 56 days since the Macau SAR has recorded a new case of Covid-19. However, the city continues to suffer the economic downturn resulting from the continuous travel and entry restrictions.
Hong Kong is Macau’s second-
largest visitor source market and their arrival in Macau would help boost the city’s economy.
Social affairs commentator Larry So said, the matter is a big disappointment.
“We could at least, to a certain extent, have internal travel between these [GBA] districts. But having all this lockdown, it is not possible,” So told the Times. “At least in terms of Macau casino revenue, we’re going to at least see a 90% drop again.”
According to So, the current health crisis and social unrest occurring in the neighboring city somewhat dim the region’s immediate future.
For him, the ‘travel bubble’ is unlikely to happen for at least a month, until Hong Kong lifts its restrictions.
“The issue may continue into the summer vacation. I’m not optimistic,” said So.
He added that the restrictions may continue further as Hong Kong is now more cautious of having a new wave of Covid-19 cases.
Hong Kong discovered four new local cases and two imported cases on Tuesday.
There is also still a ban on non-residents flying to Hong Kong from abroad.
“The situation of Covid-19 outbreak in Hong Kong and the number of confirmed cases has slightly stabilized in the past month or so, but remain very volatile, with local cluster cases reported again recently,” the government said in a press statement.
Meanwhile, analysts at JP Morgan Securities (Asia Pacific) Ltd., have issued a note expressing similar concerns, stating that the move was a disappointment for those waiting for the travel bubble to be implemented this month.
“There is still a [very] small chance that Macau and Guangdong could go ahead first to open up borders with certain safeguarding measures (e.g., negative test results for Covid-19), but it’s probably reasonable to think a travel bubble will not happen until July 7, as the Chinese government might prefer not to treat two SARs differently, in our view,” analysts DS Kim, Derek Choi and Jeremy An said.
According to the note seen by GGR Asia, the team added, “We do think Macau is suffering ‘collateral damage,’ as it has been Covid-19 -free for 55 days.”
On Monday, it was reported that the authorities of Hong Kong are preparing to adopt the health code system currently in use in Macau and the Guangdong province to reopen their borders to travelers from these two regions.
This ‘travel bubble’ will facilitate easier movement for people in those regions to travel without undergoing a 14-day quarantine.