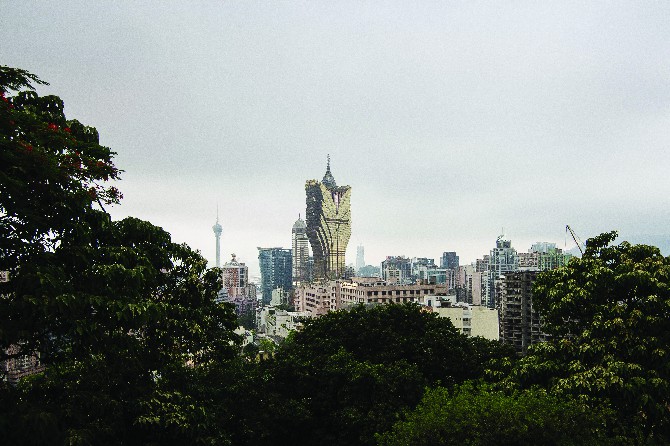 Macau’s green space is expected to shrink by more than one-quarter in the next 20 years, according to a recent forecast revealed at a consultation session on the Master Urban Plan, attended by several government advisory entities, such as the Municipal Affairs Advisory Committee.
The forecast showed that the city’s green area would shrink from 16.7 square meters per capita in 2015 to 12 square meters per capita by 2040.
As recommended by the Master Urban Plan, in 2040 the city will use 26% of its land for greenery and plantations, excluding ecological reserves and countryside parks. By then, the government estimates the population will rise to 800,000 across a total area of 36.8 square kilometers. There will be 8% green or publicly open lands and 18% ecological reserves.
For the sake of comparison, the 2015 data, which was last updated in June, was released by the Municipal Affairs Bureau and is available on one of its websites.
The consultation session attracted more than 80 people from about 20 advisory entities, with 18 registering for questions. Seventeen ended up raising questions about the Master Urban Plan.
Many of the attendees were concerned about future green space and urban ventilation. Walled buildings have become common in many large, developed cities. However, this is not ideal for the city’s ventilation, as it blocks the movement of air in and out of the city.
A member of the Cultural Affairs Advisory Committee recommended that the government turn scattered green areas on the New Urban Zone B into a mega park that resembles a country park. He also raised the concerns about the walled building phenomenon, saying that he hopes the New Urban Zones will not make the phenomenon more severe. AL