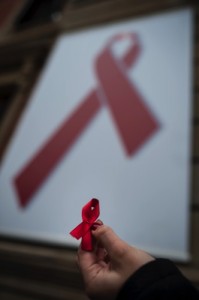 The Health Bureau (SSM) has recently launched an online HIV risk assessment test, which allows citizens to discover whether they are among groups at risk of infection, the department said in a statement.
By launching a new system, SSM is aiming to alert citizens about the danger of being infected with the HIV virus, while also urging people at risk of being infected to seek diagnosis as early as possible.
Citizens willing to take the assessment test are required to answer six simple questions, SSM said. The system will automatically generate a preliminary assessment result indicating whether the citizen may be infected.
The online test risk assessment system also provides information on methods to diagnose HIV as well as local institutions that can provide further information and support to citizens who have contracted the disease.
Monday, December 1, marked World AIDS Day, dedicated to raising awareness of AIDS, which is caused by the spread of the HIV virus.
The number of infections from AIDS in same-sex relationships has increased, the Health Bureau revealed. Between January and October this year, Macau’s Health Bureau recorded 40 new cases of AIDS, against 24 cases recorded in the same period of 2013.
The first person in Macau to be infected with the HIV virus was diagnosed in 1986. 23 cases last year resulted from the sexual transmission of HIV, whereas one case was related to needle/syringe sharing.
Health authorities said the increase is related to a more efficient promotion of HIV testing, particularly a free test that specifically targets citizens in same-sex relationships.
HIV testing is available at public health practices and labs in Macau. The Public Health Laboratory also provides free HIV testing for Macau residents. Citizens wanting to undertake the test may use the following telephone numbers to book an appointment: 85040103 and 85040105.
Over 20 years since HIV was first detected, there remains no vaccine against HIV and no cure for AIDS, but a new generation of drugs has dramatically extended the life expectancy of those suffering from the disease.