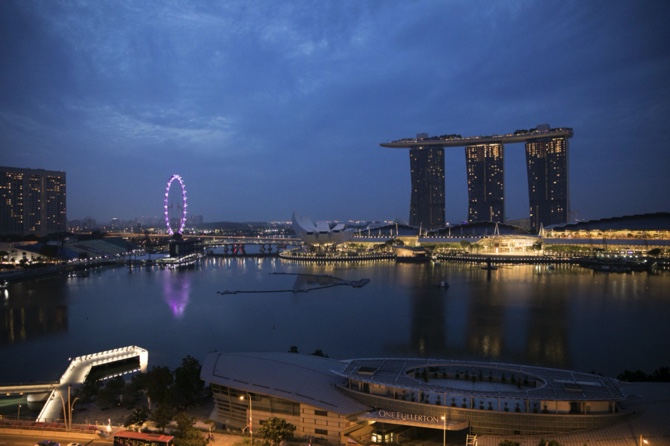 North London Collegiate School has been educating girls in the British capital since the days of Queen Victoria. These days, it’s looking further afield – to Singapore. And, as chance would have it, the timing seems impeccable.

The private school is seeing a rush of interest in its new outpost from anxious expats in Hong Kong, who are sizing up options for their children given the running protests in the former British colony. One international school in the city-state said applications from Hong Kong have increased by about one-quarter.

Singapore has plenty of advantages for expats. The city-state’s political stability, high education standards, green spaces, low crime and efficient infrastructure make it appealing for those considering a change of scenery.

“Singapore has a sound reputation internationally in terms of livability,” said Jason Tan, an associate professor at Nanyang Technological University’s National Institute of Education. “With the current situation in Hong Kong, families are looking to move elsewhere.”

Months-long pro-democracy protests that show no sign of ending have disrupted the Asian financial center, crippling its economy and seriously hurting the retail and hospitality sectors. Goldman Sachs Group Inc. estimated in October that as much as $4 billion may have flowed to Singapore due to the turmoil, while real estate brokers from Canada to Australia say they’re seeing a surge in interest from people looking to relocate.

Since August, when the violence intensified, school placement consultancy ITS Education Asia in Hong Kong has received four inquiries a week on average about schools in Singapore.

Parents are “worried about their children traveling to school and how safe it is to be traveling on public transport,” director Anne Murphy said.

Murphy, who is based in Hong Kong, was invited by four financial companies to conduct talks on Singapore’s international schools because employees have been offered the option of relocating.

While she wasn’t able to disclose the name the firms, she said the talks focused on the choices of international schools available, admissions process and waiting lists. Each was attended by around 12 to 20 parents, most either lawyers, traders or fund managers. The majority were expats, including American, Indian, British and French nationals.

“Even those without Singapore visas were accepted through our help,” Murphy said, adding ITS often recommended schools that could sponsor a student with a guardian visa.

Students need to be formally accepted by a school before they can apply and obtain a student visa. They need not necessarily be accompanied by a working adult. But under Singapore immigration laws, parents accompanying a child studying in the city-state can obtain a visa or what’s called a long term visit pass, which is valid for up to two years. The visa can be applied for by either the mother or grandmother of the child.

According to the Ministry of Manpower’s website, the guardian isn’t allowed to work during their first year in Singapore. That’s to encourage them to spend more time helping their child adjust to Singapore’s education system.

Murphy said that parents she’s worked with were keen on schools that also help to apply for a student pass. This is less of a hassle and means families can move to Singapore quicker, she said. ITS assisted one family get their six-year-old child, who had a Hong Kong passport, accepted into two schools via this method.

“The parents chose a school that had an immediate place for January and the student pass was issued within six weeks after the offer from the school,” she said.

A six-day shutdown of schools in November, prompted by fresh levels of violence, is another reason parents are casting their eyes abroad. They’re angry their children were unable to travel to school, despite living nearby. Especially when school fees have burnt a small hole in their pockets.

These costs are “quite extravagant and significant if your child is unable to attend school,” Murphy said.

During the November shut down, the Singapore American School received inquiries from families wanting to enroll their children as soon as possible, according to director of admissions Treena Casey. Others were inquiring about getting their children in the door from August, the start of the new school year.

But the move isn’t always smooth, or cheap.

Most of Singapore’s international schools have long waiting lists and prices rival Hong Kong. At the Singapore American School, students who are non-U.S. citizens cost as much as SGD54,800 ($40,620) a year depending on the grade. The Canadian International School in Singapore charges up to SGD40,900.

Casey said the school had witnessed a 25% jump in applications from Hong Kong but couldn’t say how many would be joining in the new year. “We’ve tried to accommodate where we can. We have an extensive wait list,” she said.

The French School of Singapore has seven new students starting this month, according to communications and events director Sebastien Barnard. That’s more than the school would normally expect, although it’s not considered “a particularly large migration for us,” he said.

The Canadian International School’s head of communications and marketing, Michelle Sharp, said there’s been an increase in both inquiries and applications, but couldn’t share figures. Spaces are extremely limited for a January start, with wait lists at most grade levels.

North London Collegiate School in England is opening its branch in August. It started accepting enrollments in October and to date, about 12% of inquiries have come from Hong Kong, said Vandana Rao, director of community relations.

“It’s important to find schools that are the right fit and affordability is a factor,” Tan said. The high costs in Singapore “could deter Hong Kong parents from relocating.” Faris Mokhtar & Yoojung Lee, Bloomberg