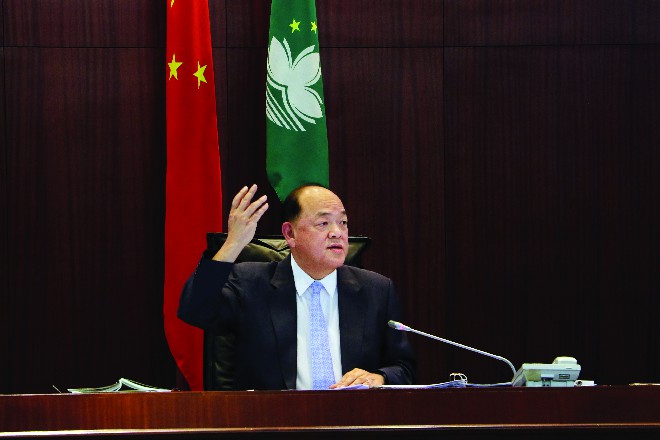 Macau must work hard to convince its main visitor source market that it is a safe city to travel to, Chief Executive Ho Iat Seng said yesterday, warning that the SAR may not welcome as many tourists as it did before the pandemic.
Ho left for an official visit to Beijing yesterday and will remain in the capital city until next Monday. Before boarding his flight, he spoke briefly to the press.
In the first half of 2020, the economy contracted by 58.2% when compared to the same period a year earlier. Behind this sharp contraction is a steep fall in the number of tourists visiting Macau.
Ho said yesterday that the Macau public should not be too optimistic about economic performance in the second half of the year, even with the Individual Visitor Scheme (IVS) resumed on the mainland.
Although Macau has not registered any new cases for more than four months, the mainland is still vigilant about the possibility of the virus returning. Macau’s Chief Executive thinks “we should take into account whether mainland residents are willing to visit Macau” as a result.
Ho thinks the key is for people in Macau to also remain vigilant, because this might convince mainland residents that Macau is a safe place to visit.
The resumption of the IVS will help with Macau’s economic recovery if mainland tourists choose to visit Macau. With regards to the pace of that recovery, more observation is needed, he said.
Ho thinks other aspects of Macau’s economy will show improvement, for example in terms of the unemployment rate, which grew this year to the highest level in nearly a decade.
“With guests coming in, it should be advantageous to our economic recovery,” the Chief Executive said. “We have past experiences on the good side of the IVS.”
As a potential influx of tourists might put pressure on Macau’s disease control efforts, Ho was asked whether the government will ask the Central Government to set a quota so as to limit the number of people who can travel to Macau.
Ho thought it was too early to discuss a quota, though the city has had many public discussions about the proposal. What happened during the pandemic had discouraged him from considering one, however.
“We can see that without tourists here, our economy faces a general recession,” Ho said. But he added that his team “will keep an eye on the situation and impose any adjustments.”
He also reiterated that there will be a cut-off mechanism which will be triggered when a local infection occurs in Macau. The mechanism means that mandatory quarantine will resume for border crossings. The IVS will also be suspended.
With Macau tourism permits gradually being reissued on the mainland, the SAR does not have any plans to lift restrictions on foreign entrants. As part of Covid-19 control measures, anyone with a foreign passport has been barred from entering Macau.
The Chief Executive said that for the time being, foreign countries are still having a tough time with the spread of the virus.
He said that it would be difficult for Macau to consider them low-risk areas.
Not only is Macau barring foreign passport bearers from entering, so are mainland China and Hong Kong, he said.
However, “if they can achieve – like us – no new local infections for more than 100 days,” then we can consider reopening the borders, he said. “But for now, I don’t see many countries achieving that.”

Discussions about the casino concessions will only commence when Macau’s economy stabilizes, Chief Executive Ho Iat Seng (HIS) said. All six concessions are presently due to expire in June 2022.
By stabilizing the economy Ho is referring to the revival of the tourism industry. In his opinion, this will be achieved soon following the recent reinstatement of the Individual Visitor Scheme (IVS).
Ho is in Beijing until next Monday to discuss the details of cooperation with the neighboring district of Hengqin. Before his departure yesterday morning, he met with the press briefly at the airport.
The discussions will be within the framework of the Intensive Cooperation Zone of Guangdong and Macau, which is located in Hengqin. The zone in Hengqin will be positioned to develop as a free economic zone, the government has said.
Ho stated that discussions about casino concessions will not be part of the agenda.
When asked whether the government would consider extending the current concessions, Ho said that he was not prepared to respond to speculation as the government is still studying the situation. AL 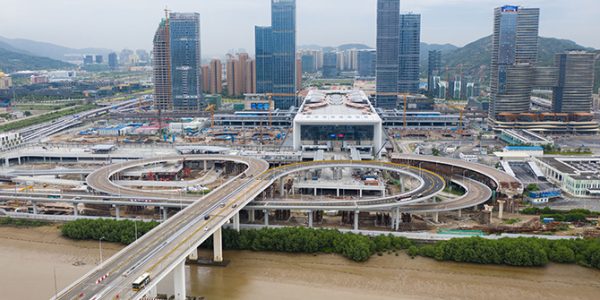 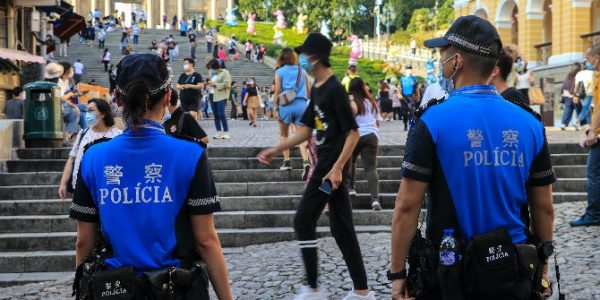