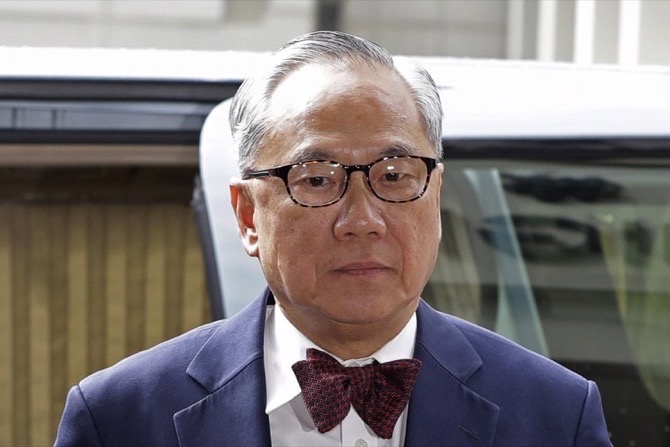 A Hong Kong court yesterday threw out former Chief Executive Donald Tsang’s conviction for misconduct relating to a property deal while in office.

Tsang was released in January after serving a 12-month sentence for failing to disclose plans to rent a luxury apartment from a businessman granted a government broadcasting license.

A panel of five judges on the Court of Final Appeal ruled that the judge at Tsang’s trial had not given jurors sufficient directions on assessing whether he had deliberately concealed information before finding him guilty in 2017. The judges also ordered that no retrial be held.

Tsang, 74, served as Hong Kong’s chief executive from 2005 to 2012 and is the highest-ranking former or current official sent to prison for wrongdoing in the Asian financial hub.

His conviction marked a dramatic turn in a lengthy civil service career that spanned both British colonial rule and Hong Kong’s handover to China in 1997.

Tsang, known for his bow ties and natty attire, was not in court to hear the judgment. But in an interview with Hong Kong Cable TV, he said he and his family were “touched, thrilled and thankful” for the ruling and thanked the court for “giving me justice.”

“I thank in particular the citizens who have always supported me. Their trust in me and support motivated me to continue fighting to defend myself for all these years,” Tsang said.

Tsang’s successor C.Y. Leung also became embroiled in a corruption scandal for failing to report a 50 million Hong Kong dollar (USD6.4 million) payout from an Australian engineering firm but was not prosecuted. MDT/AP