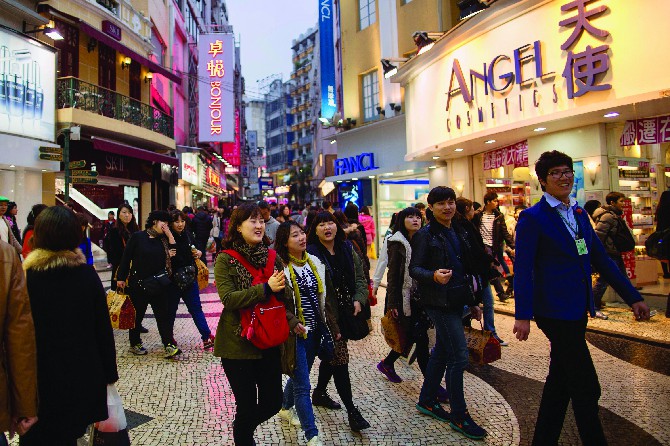 Inquiries and bookings for Macau hotels are reportedly rising in Guangdong Province, local newspaper Macao Daily News reported, as the issuance of tourism visas across the border are gradually being resumed.
The report said that there was a five-fold increase in inquiries recorded by travel agencies across the province since the resumption of travel endorsements was announced. The report, however, did not state which period the comparison was made to, nor did it state the number of inquiries.
The report also cited a survey which received over 10,000 responses, noting that more than 40% of the respondents showed the desire to visit Macau after the pandemic.
The data did not surprise travel agency operators across Guangdong province, however. They pointed out that individual travel has been the most popular type of tour to Macau for residents of Guangdong Province.
The travel agency industry in the province has made preparations to boost travel to Macau by providing online and offline promotions.
Applications for travel endorsements to Macau resumed in Guangdong this week and the first batch of new endorsements should be issued by next week, as the application process usually takes seven days.
The city of Zhuhai saw its first batch issued last week. However, the Public Security Police Force, which manages border control measures in Macau, did not see a leap in arrivals with tourist endorsements from Zhuhai last weekend. Nonetheless, the authority expressed its confidence that mainland residents would return to Macau once they receive their endorsements.
China’s largest online travel agency, Ctrip, has recently recorded 50% more searches made with the keyword “Macau”, according to Macao Daily News.