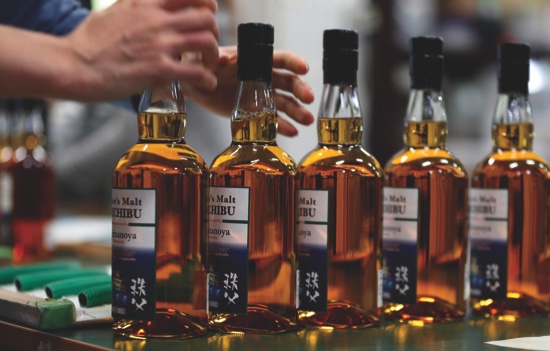 Japan’s burgeoning whisky business is driving rice farmer Hiroshi Tsubouchi to hit the booze. With domestic rice consumption sliding, Tsubouchi, 36, says he’s getting on the whisky bandwagon – or, at least, switching to the barley used to make it. With Japanese whiskies ranking among the best – and most expensive – in the world, the profits of the local distillery industry are beginning to flow to the country’s farmers.
Tsubouchi will reap his first crop next month, joining a dozen farmers in central Japan testing barley’s potential to bolster incomes and help feed the nation’s malt-hungry spirit-
makers. Japan is the world’s fourth-largest importer of the grain and second-biggest buyer of malt, the barley product that’s mashed and fermented to make whisky and beer. Imports of whisky-making malt jumped 20 percent last year and have almost quadrupled over the past decade, spurred by demand for Japanese whiskies from San Francisco to Hong Kong.
“I never expected our Japanese whiskies to be so popular overseas,” said Ichiro Akuto, 50, whose single malts sell for as much as 100,000 yen (USD920) a bottle. His distillery, Venture Whisky Ltd., in Chichibu in Saitama prefecture, is working with local farmers to establish a supply chain for a malting plant he built in 2013. “I want to produce whisky with the flavor of Chichibu – something I believe would be admired around the world.”
Akuto has already gained that level of recognition – winning awards every year from 2007 to 2012. In Jim Murray’s Whisky Bible for 2015, Yamazaki Sherry Cask 2013, a single malt made by Tokyo-based Suntory Holdings Ltd., was named “World Whisky of the Year,” while Asahi Group Holdings Ltd.’s Nikka Taketsuru 17 Years won the “World’s Best Blended Malt” title at the World Whiskies Awards last year.
That’s propelled the popularity of Japanese whiskies, leading to shortages and surging prices. While global sales volumes from all producing countries increased an average of 5 percent a year from 2009 to 2014, they advanced at a 5.6 percent clip in Japan, data from Euromonitor International show. While most Japanese whisky is consumed domestically, last year the country sold a record 10.4 billion yen ($95 million) of it abroad, an eleven-fold increase over the past decade.
“Two years ago, if you searched online for Japanese whisky in Hong Kong, you wouldn’t find anything,” said Aaron Chan, who collects the amber liquid and sells it in Club Qing, a bar he owns in the city. “Now in Chinese or English, you see interviews, articles on new whisky bars or PR statements about it. Japanese whisky is definitely getting more and more exposure.”
Even the 12-year-old Yamazaki whisky that Chan considers “entry-level” is difficult to find and, where it is available, it goes for HKD1,200 ($155) a bottle, compared with a recommended price in Japan equivalent to about HKD700.
A bottle of 1960 Karuizawa sold for HKD918,750 at Bonhams in Hong Kong last August, setting an auction record for a Japanese whisky. One of only 41 bottles ever made, and after being aged 52 years in casks, the Karuizawa is considered the holy grail of Japanese whiskies by collectors.
Whisky supplies have become so tight that Suntory Holdings President Takeshi Niinami has asked his staff to follow his lead and try abstaining from the company’s premium malts. The need to conserve sales inventory trumps the executive’s desire to consume it himself, Niinami told reporters in January. “Hibiki is my favorite, but I can’t,” he said.
Suntory, the country’s biggest distiller, will spend 5 billion yen in 2016 to expand production, adding to the 7 billion yen spent on expansions since 2010, said spokeswoman Hasumi Ozawa.
Whisky maker Akuto, who worked at Suntory until 1995 as a salesman, expects shipments from his Chichibu distillery to increase by 20 percent a year. Last year, he sold 100,000 bottles – a third of which went overseas to customers mostly in the U.K., France, the U.S. and Taiwan.
Increasing whisky production has been a boon for U.K. farmers, whose barley has become the backbone of Japanese distilling operations. Japanese malt imports totaled 4,744 tons last year, worth about 437 million yen.
Akuto’s Venture Whisky imported 152 tons from England, Scotland and Germany last year. That reliance will lessen if his plan to source malt locally works.
He wants to replace 10 percent of the distillery’s grain requirement with barley grown by farmers in Chichibu. Even if it costs five times more to produce malt from locally grown barley than to import it, changing the source may improve the perception of the quality of the whisky, Akuto said.
Japanese whisky is a subject of “increasing national pride, due to rising international recognition and a TV dramatization of the life of Masataka Taketsuru, a pioneer in Japanese whisky distilling,” Euromonitor said in a report in October.
Also, farmers in Chichibu may be able to double their income by planting barley straight after they have harvested rice or buckwheat – the grain used to make soba noodles. Farmland typically stays idle for six months after the rice and buckwheat harvest in November, a window that barley could fill in a crop-rotation program, says rice farmer Tsubouchi.
A restaurateur who began growing rice in 2011, Tsubouchi says barley may eventually be more lucrative than rice, consumption of which has been declining by about 80,000 tons a year in Japan, tracking the country’s shrinking population.
“I feel very proud of becoming a supplier to a whisky-maker,” Tsubouchi said in an interview. He bought and rented 0.6 hectares of uncultivated land from nearby farms to grow barley for Venture Whisky. He’s planting Golden Melon, a malting-barley variety recommended by Saitama agriculture authorities, who preserved the seed after farmers grew it successfully in the prefecture four decades ago.
If all goes to plan, 1.2 tons of grain will be harvested in May, Akuto said. That will be used in his Chichibu malting plant – a 20 million-yen facility that has the capacity to produce 50 tons of malt a year.
“I am the happiest person in the world as my whisky is not only giving people a lot of pleasure, it is also creating a new industry here and reinvigorating farming,” he said. Aya Takada, Monami Yui and Hiromi Horie, Bloomberg 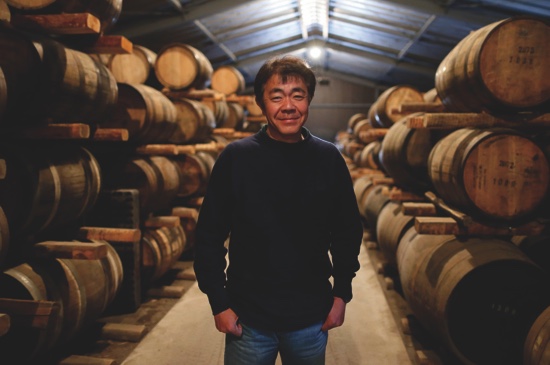