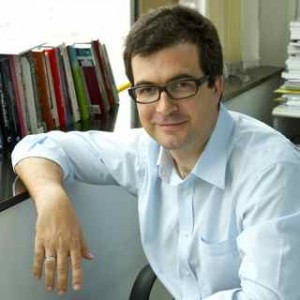 The disappearance of the yellow taxis in Macao is saddening. First, because they had become a customary fixture of our daily lives: the Official Gazette reminds us rather aridly that the license awarded to their operator, the Vang Iek Group, dates back to 1989, and a quick look at the Group’s website indicates that Vang Iek itself was established in 1935—a sign that the virtues of family business is not an assurance of sustainability in the new Macao. Second because, as Andrew Scott, the vocal founder of the Facebook group Macau Taxi Driver Shame, puts it, they were the “shining light” of the industry, while the “black taxis” are perceived as “being the problem.” This leaves us with a feeling of injustice. Third and finally, because the Transport Department (DSAT) appears to have performed, once again, below average when it comes to both its regulatory and tangible capacities—and here I am not even talking about style and disclosure skills.
Some might argue that they had it coming. At least 90% of their 100 taxis were supposed to be on call, but they ended up with only a fraction of the fleet actually on call. When the operator was told that the license would be renewed for another year, on condition that 80% of the taxis would satisfy that initial requirement, it failed to do so; and then the license was renewed for only 9 months, provided that 60% of the taxis would be on call. Vang Iek ultimately had to announce themselves that they would cease operations on November 6th, since the scheme was simply not viable—after all this is a company, not a charity. And Vang Iek’s management team noticeably pointed its finger to the lack of support and responsiveness of the DSAT. Sure, regulations and tender-biding commitments have to be respected, but then the overall context changed — and fast — so operating conditions should have adapted just as swiftly.
What are the main problems with taxis? The total number—too scarce—and the pricing—insufficient, thus encouraging malpractice, overcharging and abuse in general. This was clearly highlighted in the 2011 General Policy on Traffic and Land Transportation in Macao (2010-2020) – and what has the DSAT done since then? Not much regarding the taxis, and in fact the success of the Macau Taxi Driver Shame group (created in June 2014 and already counting more than 4,500 supporters) is an indication that the situation has worsened dramatically. I am myself not a big fan of this kind of group because – despite its claim that it is also “rewarding” the well behaved – it is designed to humiliate and discriminate against part of the community, making it very divisive and a trigger for equally acrimonious counter-strategies from those ‘shamed’. It creates a cycle of distrust and, although it allows disgruntled users to vent out their repressed resentment, ultimately it addresses the symptoms and not the ailment. Yet it still has its virtues, since its byproduct, the Macau Taxi Passengers Association (MTPA) – also headed by Andrew Scott – has submitted several recommendations to the DSAT in September in the framework of the consultation on the revision of the law on taxis—dating back to 1999, mind you.
Both the MTPA and DSAT propose comprehensive and far-reaching amendments regarding licensing, training, pricing, and monitoring (including punitive measures with much more significant fines and even the suspension and cancellation of licenses for non-complying drivers), but then where has the necessary holistic approach to public transportation as articulated by the 2011 plan gone? Is there any indication of the identity and motivations of clients, or the detailed breakdown of itineraries in today’s Macao?
The MTPA’s document relies on a rough estimate of operating costs of taxis—admittedly not in line with the ones of the Macau Taxi Driver Mutual Association—and a skimpy survey of only 172 respondents on “satisfaction”; whereas the DSAT’s 2014 consultation document is still in the infancy of proposing a “global study and scientific analysis” of the problem—again, what have they done since 2011?
On average, both Singapore and Hong Kong have 8 taxis per km of road, while Macao has 4.4, so my bet is that we only need to double the existing fleet of 1,380 taxis. Then service and conditions of operation are the real concerns, and for this to be solved, all stakeholders have to be involved if the whole community is to benefit in the end.