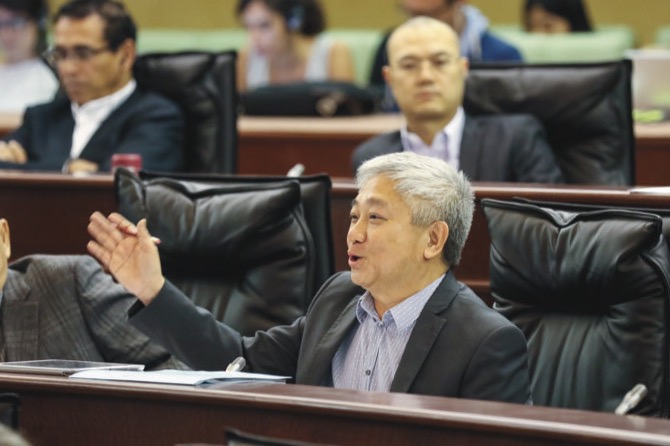 The Macau SAR government decided to include 15 types of healthcare professionals into registration and the operation-licensing regime in order to regulate high-risk medical areas as well as to protect the jobs of unqualified practitioners.

According to information revealed by lawmaker Chan Chak Mo during Friday’s Legislative Assembly (AL) plenary meeting, the SAR government has excluded from the regime healthcare-related professionals, except for 15 specific types, because the concerned individuals may lose their sources of income.

Today (Friday), the Legislative Assembly (AL) passed the law on the registration of healthcare professionals. A total of 15 types of medical personnel are required to be registered with the Macau SAR government.

Lawmakers and government representatives exchanged opinions on the bill, which was eventually passed article by articles, despite various concerns for professionals outside the 15 types.

Overall, Sulu Sou, Agnes Lam, Chan Iek Lap and others believe that more healthcare professionals, such as optometrists, should be included in the regime.

Ella lei asked how the government will regulate other types of healthcare professionals when there is a violation of the regulation.

Sulu Sou then remarked that these non-included professionals regard themselves as healthcare professionals and consider themselves to be providing a medical service and these individuals should be regulated and because many members of the public use the services of these people.

Secretary for Social Affairs and Culture Ao Ieong U said that the SAR government had decided on the types of regulated professionals based on the popularity of the service and the risks of the concerned medical topics.

Director of the Health Bureau (SSM) Lei Chin Ion responded that the government will study whether to establish laws to regulate parties who sell healthcare-related services to people while labeling the service as medical treatment.

However, Lei indicated that the SAR government, at the current stage, has no intention of establishing another registration regime for other healthcare professionals.

After these lawmakers’ long interrogation towards the government representatives, Chan Wa Keong and Chan Chak Mo voiced their support to the law.

Chan Wa Keong defended the government’s proposed law by saying that no law can include everybody.

“There is no absolute good nor absolute bad,” Chan Wa Keong commented, adding that more types can be included in the bill at any moment.

Following Chan Wa Keong, lawmaker Chan Chak Mo revealed another consideration of the government. According to Chan Chak Mo, the SAR government had a massive discussion on the types of professionals included in this law. The government took into account three aspects when considering the types, including the health risk of these types of healthcare services and the employment situation of the concerned professionals.

“If we include [other types], many people may lose their jobs because they don’t meet the requirements. Many types are not included because people who are currently offering the service have not reached a professional level and many people will be unable to take exams and internships. They may lose their source of income,” said Chan.