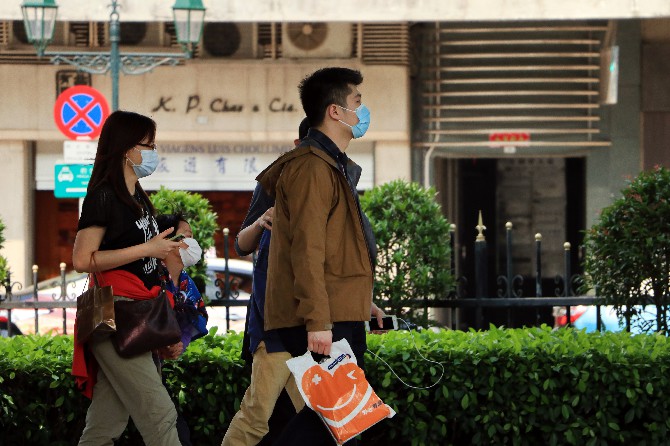 Lawmaker Agnes Lam urges the government to amend the Law on Preventing and Combating Domestic Violence (domestic violence law) to empower the Social Welfare Bureau (IAS) to follow up on domestic violence cases even after victims decide to drop the litigation against perpetrators, in a bid to catch recurrent yet unreported abuses.
In an exclusive interview with the Times, Lam stated that the conviction rate of the domestic violence law is considered “low” since its passage in October 2016, as some victims are held to ransom by threats by the perpetrators in order to coerce them to withdraw the litigation.
Some of these concerned victims reached out to Lam, who has been studying domestic violence in Macau for many years.
“Some victims came to me, saying that they have been emotionally blackmailed by their abusers who coerce them to rescind the lawsuits, or he or she would not be able to see their child again,” she said.
Lam suggested that the government amend the law to authorize IAS to keep looking into the suspected cases to ensure there is no more recrudescence of the violence even after the injured party retracts the lawsuit.
There is an urgent need to catch the uncovered cases of family abuse in Macau, which may otherwise take a huge toll on the health of the affected children, both physically and emotionally, she stressed.
If IAS was granted permission, it could require social workers at schools to investigate any suspected violence.
When asked about what point IAS should be considered it time to close the investigation, Lam suggested it would be best if both parties, the victim and abuser, reach a reconciliation agreement, with the witness of IAS.
Lam, along with a lecturer at the Macao Polytechnic Institute Cecilia Ho, also observed that most victims do not have sufficient information regarding the litigation process.
She suggests the police officials, who often are the first to touch base with victims after the case is reported, should provide a clear guideline to them on how they can proceed with the lawsuit.
Despite that, Lam acknowledged the Domestic Violence Law — which criminalizes any act of domestic violence and allows police authorities to investigate without the victim’s consent — had already created a shield of protection to safeguard the victims.
However, she stressed that more should be done to insure against any cases where the victims are in a perilous state yet have been convinced not to sue their violators.