Legal expert says some labor laws ‘peculiar’ and ‘a nuisance’ 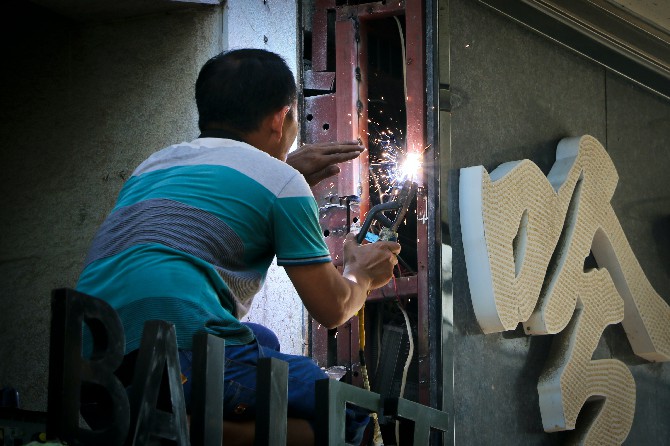 Some of Macau’s labor laws are peculiar, says legal expert Helena Kok, who specializes in this area of the law.
Speaking during a breakfast talk organized by the France Macau Chamber Commerce, Kok, a partner at MdME Lawyers, labelled some of the city’s old and amended labor laws as nuisances and said that there were newly implemented laws that were unnecessary.
Protecting the city’s social harmony and stability has been one of the government’s key goals. However, the labor law expert implied that while the government had been advocating for social harmony strongly, it had failed to produce and amend laws that would achieve this goal.
“We cannot implement social harmony by banning this and that. We’re aiming for social harmony, and social harmony can only be achieved with the correct and generally accepted policies,” Kok told the audience.
She listed seven labor laws including annual leave, the labor union law, 40-hour working weeks, mandatory pension funds, paid justified absence, part-time regulation and the limitation period of entitlement claims.
For the employment and immigration law expert however, these laws are in need of amendment.
Kok criticized the city’s minimum annual leave, which is still six days during the second year of service. She said that it is not progressive even compared to Hong Kong, which adds one day to the minimum amount of leave every year until 14 days.
The lawyer also slammed the fact that until now, no trade union bills have been approved in the Legislative Assembly, despite about a dozen attempts by lawmakers since 1999.
As the Times has previously reported, no other proposal generates as much fervent interest from Macau’s rubber-stamp parliament than the trade union bill. It pits the workers representatives and the pro-democratic wing against the business interests of the AL.
“They advocate so much social harmony but social harmony is never the answer, it’s an outcome [of decisions],” said Kok.
“On the policies, I think the government should be less principle orientated and more empirical. They should listen [and] be flexible.”
Kok also deemed one of the newly implemented amendments to the laws regarding hiring non-resident workers to be unnecessary. The amendment means non-resident workers are no longer allowed to be granted a working visa while on a tourist visa.
According to the labor law expert, the amendments, which will be officially implemented by October, are a nuisance which only make it more difficult for non-skilled applicants and employers to go through the process, given that the city has been relying on a supply and demand system.
“I think Macau’s labor policy lacks long-term planning. All we are seeing here are just very short term [and] I understand why because all these government leaders are in this short-term appointment scheme,” the lawyer said.
Kok referenced the fact that the government heavily protects croupier and driver positions for local residents but does not consider how it will manage these shortages in the future, given the current generation may not want to fill these positions.
“We promote these dealers to pit managers [through training programs], and so who will be the croupiers in the long run? Non-locals? No, because it’s protected. So what is the long-term plan? It’s nice to hear that it’s protected but what’s the plan in 10 years?” she asked.
Kok also highlighted that the number of imported skilled quota approvals has increased this year, particularly in the finance sector, amid the recession caused by the pandemic.
This year all 46 skilled quotas from the finance sector were approved, compared to eight approvals out of nine applications last year.
Meanwhile, 343 quotas were approved out of 354 applications in the education sector, and 45 quotas were approved out of 53 applications in the hospitality and F&B sector.
“We don’t have them [skilled workers] and the government knows it,” said Kok.
It was also noted that although construction workers are not listed in the skilled category, gaming operators are in need of further non-skilled quota approvals for imported workers who specialize in different areas such as scaffolding and welding, as local construction workers tend to decline these tougher jobs.