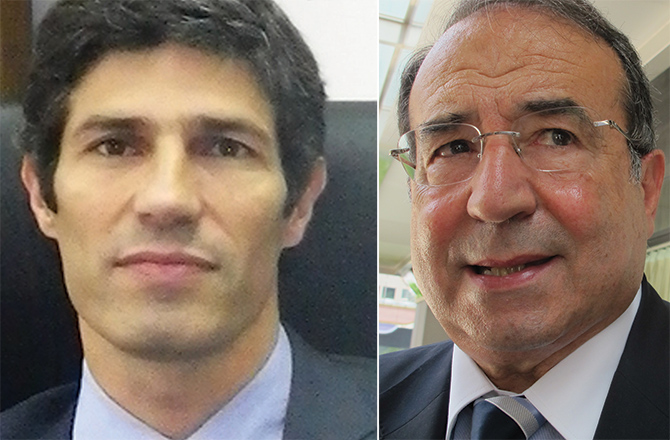 Jorge Neto Valente’s remarks into microphones and television cameras about a recently reported serious threat to my family (based on a letter I’ve sent to Portuguese authorities), surprised me. It was painful to hear; for my family, for the lawyers he represents, and for Macau.

Those who know me will freely form their own judgments. Those who do not know me, however, will have only the public statements made by the chairman of the Macau Lawyers Association (AAM), as I will not attempt here to defend my integrity.

In addition to diverting attention from what really mattered – the threat – his statements surprised me for their lack of stature, institutional perspective, for being ad hominem and, above all, the human insensitivity they revealed. It was a shame, as they followed his lucid statements about the Court of Final Appeal’s ruling banning demonstrations in Macau.

Mr Neto Valente started as he ended, insisting and repeating that he did not know, late afternoon, of a very prominent report in the morning news about threats made to a lawyer. On the opening day of the judicial year, he had, apparently, not seen newspapers, nor spoken to anyone who had seen them.

“But you’re the AAM president,” retorted the journalist, “but I am not obliged to put up with…” and, when the journalist noted, “but he may be…”, the AAM president interrupted: “he may be whatever he wants, but he is nothing to me, because I’ve known him for many years, I’ve known him for over 20 years, and I don’t want to comment on his personality, because if I comment on his personality, he’s going to file a complaint against me, you see… What I think about him is likely to support a claim against me for thinking I’m defaming him, understand?”

Although the journalist reiterated that not the person, but the threat, was at issue, he continued, “What I think of him is quite bad and I will not say more.” When the journalist insisted “you are the president of the Lawyers Association…” he replied, “But do you think I’m a policeman?” Put on the spot by a barrage of questions from journalists, he said “these are personal cases, they don’t matter to anyone”, to then concede in the end, “I am certainly not going to put up a defense for any lawyer being threatened or attacked.” One would certainly expect not.

The above is what the president of AAM had to say when asked to comment on a serious threat to a family member of a lawyer enrolled in the association over which he presides. He seems to question its truthfulness (“he says he was threatened, so…”), downplayed it, and instead of being outraged by the perpetrators of a cruel threat, attacked the threatened lawyer.

I, too, have known Jorge Neto Valente for over 20 years, two of which were working in his law firm. And I know him well. I was actually the lawyer he chose to represent him in a personal case.

When he had been kidnapped 19 years ago and in hospital, I wrote to him from England, expressing shock at the barbarity of the abduction, and my happiness at his health, ready to resume his life. I would write him an identical letter again if that brutal misfortune had occurred today.

Mr Neto Valente, a very intelligent lawyer, has as many reasons not to have good relations with me as times I have criticized or disagreed with positions he has conveyed. Greatness of mind is manifest in knowing how to distinguish ‘personal’ issues from institutional duties, and in listening to criticism.

However, it should be made crystal clear that we have no personal dispute. Our differences are professional, ethical, and civic.

For a person who criticizes the courts assiduously, and not necessarily with any modicum of decorum, being prepared to accept disagreements should come as a standard principle of behaviour: liberties are affirmed by exercising them, not so much by touting them. If judges judged cases with the lack of impartiality shown by this president, we would live by the rule of power, not by the rule of law.

I pity the insecurity of a man who chooses insinuation above sharing what he claims to have known of me for 20 years. He shrank from this, huddling silently behind his alleged fear that I would sue him for defamation.

I here give public assurance that I will not sue Mr Neto Valente for defamation if he has the integrity to disclose what he says he knows about me. And even without this assurance I would not have sued him. I believe that freedom of expression should not be criminalized, except in extreme cases, and that words are fought with words, not with courts and police.

I give the further assurance that if he is courageous enough to disclose whatever he had in mind, I will provide a documented response.

It is not edifying for the president to announce that a lawyer is unprincipled and dishonourable, without saying why, thus preventing him from defending his character, when practising lawyers depend on their reputations. There is no courage in it. No integrity.

I have learned that, despite being a member of the AAM since 1998, I cannot count on it, because the president dislikes my criticism and my opinions. If there were any doubts, the president has just dispelled them: he does not support those he does not like. The AAM exists for those who hold their tongues, agree, or befriend the president.

His reckless statements may serve to discredit future disagreements that the president fears may occur. From now on, any professional criticism I should make can be seen as childish retaliation to his barb, no longer as a serious, impartial, and thoughtful stance on fundamental values of our community. The tactic is an old one: strike the messenger to suppress the message.

It is difficult to comprehend why, from all possible occasions, he chose this one to vent such animosity towards a colleague, while it was his and the institutional duty of AAM’s board to express solidarity as so many others informally did.

The timing could not be more inopportune: Jorge Neto Valente’s attack, as infamous as it is vacuous, came on the day it was made public that, as it seems, local mafias, realizing that threats against me were ineffectual, tried to curb and control the free and staunch exercise of my profession by issuing a grave threat against those whose protection I have sworn to assure, and whose existence gives meaning to life. I know no context more vile than this. Jorge Menezes, Lawyer