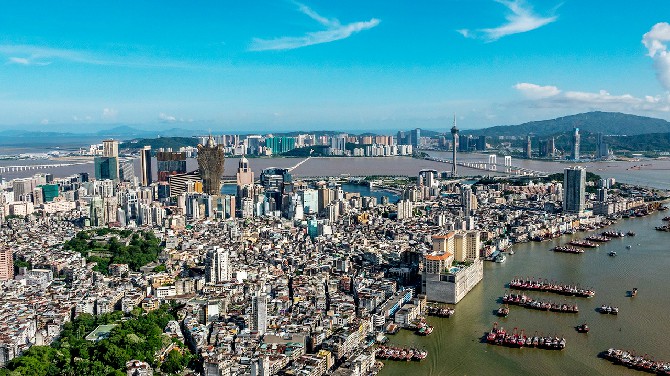 Recently, the government released its 2020-2040 Urban Master Plan as well as a preliminary conceptual design for the future Central Library project. Both projects were commissioned to foreign companies, which once again raised discussion surrounding the participation of local entities.
The local architecture sector told Macau Daily Times yesterday that it was mostly dissatisfied with the exclusion of Macau designers from these projects.
During a recent symposium at the Macau University of Science and Technology (MUST), architect Carlos Alberto dos Santos Marreiros said that the government should give local architects more opportunities to participate in the detailed district urban planning of the city as local architects understand the community better, who, in turn, will make more relevant plans suitable for the city.
The government’s master plan divides Macau into 18 districts, each with a core function. These small districts, which are called the Operative Utilities for Planning and Management, “should be commissioned to local offices,” Marreiros told the Times in an interview yesterday.
“It is a good practice all over the world because only locals can understand the identity of the community, its finger print, the collective memories and the real function,” said the architect whose firm won the tender for the former Central Library project back in November 2018.
In Marreiros’ opinion, not only should these plans be outsourced to local companies, but the SAR government should also not carry out public consultation for the relevant public tenders for the sake of efficiency.
“There are around 12 companies in Macau and they are well prepared with human and financial resources to do this. These 18 operative utilities should be commissioned to local companies without any public tender and without any public competition so that we will save time and money,” said Marreiros. “Preparing tenders and competition takes a lot of time, a lot of paper work and a lot of bureaucracy.”
Despite these opinions, the well-known architect still welcomes global competition and international involvement where appropriate.
“Of course, local companies should select international consultancy for sophisticated things like traffic, automatic car parks, and for technologies which we don’t have,” Marreiros commented. “I welcome international competition for architecture but not for detailed urban planning because the latter is related to the local people and to the soul of the city.”
Previously, lawmaker Au Kam San urged the government not to force foreign design contractors to hire local architects, which he says could impact the quality of the projects.
However, Au’s opinion was met with disagreement by Francisco Vizeu Pinheiro and Nuno Soares, both of whom are well-known and experienced architects in Macau.
Pinheiro, whose work involves the urban rehabilitation projects in Macau historical centers, endorses international-local partnership as it benefits the city.
“International ideas need to be translated into the local jurisdiction and the local laws,” said Pinheiro who believes that such international-local partnership is already happening and that the city’s integrated casino projects are examples.
Nuno Soares, another architect and urban planner based in Macau, suggests that public projects need local expertise and local professionals but that competition is also essential.
“There should be a design competition for most public projects to […] promote architectural excellency and it is very important that we [collaborate] on local and also international expertise,” Soares said.
As to the government’s master plan, Soares considers it important to involve local architects, engineers, and local society, especially on the elaboration of each one of the individual plans.
He also regards public consultation as a pivotal element for Macau’s urban planning.
“The most important job now is for us, for the society to participate in the public consultation to really improve the master plan,” Soares urged.