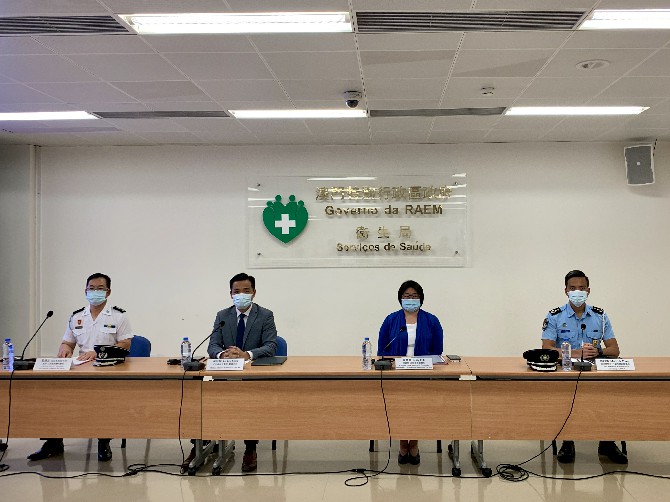 Macau residents going into quarantine at a designated hotel for a second time will be required to settle their own hotel bills from September 1, the Novel Coronavirus Response and Coordination Center announced yesterday.
Since the quarantine requirement has been in place, Macau residents have had their bills paid for by the government when they have quarantined at designated hotels following their arrival in Macau from high-risk regions.
Explaining the reason for the charge, the Macau Government Tourism Office (MGTO) representative at the press conference, Betty Fok, said that based on current global circumstances, the Macau government forecasts the quarantine policy will continue for an unforeseeable period, creating an extra burden on the government’s budget.
However, when asked how much the government has spent so far on the bills of quarantine hotels, the concerned authority, the tourism board could not offer an answer to yesterday’s press conference.
It was revealed at a parliamentary question session with the MGTO head, Maria Helena de Senna Fernandes, held on April 7, that as of that date, the quarantine hotel policy had cost the government MOP50 million.
As of August 23, Macau has put a total of 12,068 people in quarantine, of which 1,425 are currently undergoing the 14-day process.
The charge for second- time quarantined Macau residents will be the same as that applied to non-residents: MOP5,600 for 14 days. The charge will cover three meals per day during the quarantine period.
Since each quarantine covers a period of 14 days, some residents under quarantine will see their period crossing the threshold date. When asked whether they will be charged and if so, whether in full or in part, the MGTO official could not give an answer and pledged to reply via a press statement, which was not received by press time.
Dr Lo Iek Long, medical director of the public Conde de São Januário Hospital, elaborated on behalf of the MGTO official, saying that the decision to charge Macau residents for second-
time quarantine is, apart from utilizing public funds reasonably, to discourage international travel that may pose risks to the epidemic response in the city.
The medical doctor, however, noted that there would be exemptions to the charge. For example, Macau residents travelling for official visits to neighboring Hong Kong will be exempt.
Those travelling on special purposes can file an application for a waiver. Although the medical doctor did not disclose what he meant by “special purposes,” however, previously, special circumstances that permitted exemption included attending a funeral or visiting a dying family member.