LRT Taipa section to open in second half of this year 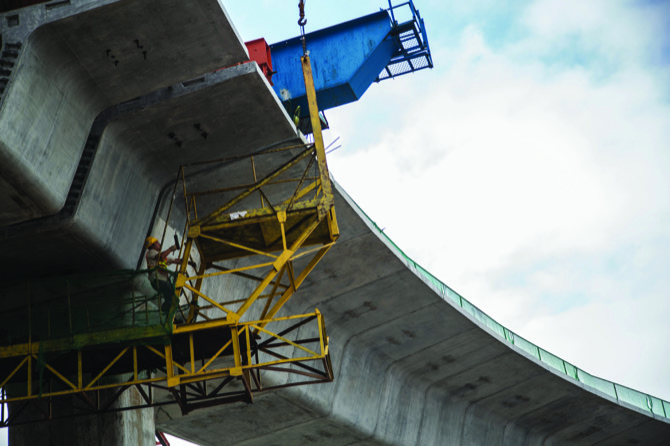 The Transportation Infrastructure Office (GIT) issued a statement on Tuesday announcing that the Light Rapid Transit (LRT) will open in the second half of 2019.

The GIT also clarified that the government has not yet made a final decision regarding the LRT fare, as it is currently conducting studies.

Moreover, the GIT announced that the LRT Barra section and its affiliated transportation hub is expected to be completed in 2024, and thus the Taipa and Barra sections will be connected.

In the first quarter of 2019, the government expects to launch a public tender for the LRT Seac Pai Van line, as reported by the GIT.

On Tuesday, GIT representatives had a meeting with the island advisory council. During the meeting, according to the council members, a GIT representative revealed that LRT operation hours are planned to be between 6 a.m. and 1 a.m.

In total, there will be 11 stations and 55 cars, with each car able to transport a maximum of 100 people.

Furthermore, as reported by the council members, the company responsible for the operations, run by Hong Kong’s MTR corporation, has more than 300 employees, more than 200 of whom are Macau locals.

Yesterday, the third Standing Committee of the Legislative Assembly (AL) met with government representatives, including the Secretary for Transport and Public Works, Raimundo do Rosário, to discuss the LRT system law.

In addition to the abovementioned matters, the government is also open to granting LRT supervisors a certain amount of power while they execute their duties. The government will disclose more information about this matter to the lawmakers during their next meeting. The government will also conduct research on the electronic payment of LRT tickets. JZ