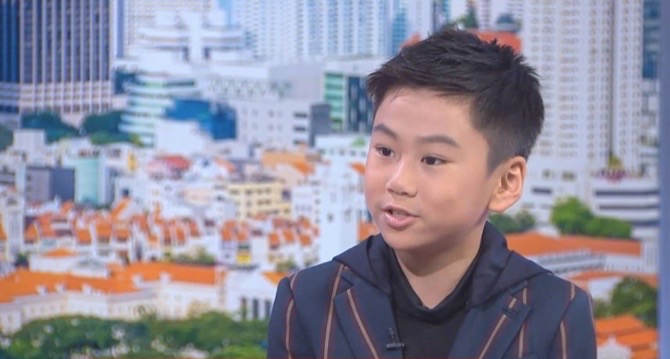 A 10-year-old international child celebrity, Singapore- born but of mixed Chinese-Portuguese descent, was recently appointed as the Republic of Palau’s honorary goodwill ambassador for tourism by the western Pacific nation’s president, Tommy Remengesau.

Fondly known as “Wonder Boy”, Emiliano Cyrus is a singer, musical actor, model and gymnast who leads – even after just 10 years – a vibrant international life, having performed in China, the U.S., Singapore, Malaysia and the Philippines. He is also a professional kart racer who has raced in competitions on international tracks in Sri Lanka, France, Italy, Thailand, Malaysia, Singapore – and Macau.

Now the child celebrity – who might be considered ‘Macanese’ via his mixed Chinese and Portuguese heritage – has been appointed as a goodwill ambassador for Palau tourism.

The idea is for Cyrus to promote tourism exchange between Palau and Singapore, as well as other countries in the Asia-Pacific region, as he continues to travel around performing.

“I am very pleased that Emiliano is the ambassador of Palau’s Honorary Goodwill Ambassador for Tourism,” said the President of the Republic of Palau, Tommy Remengesau, according to a press release. “He is a talented and passionate individual who is actively involved in charity and has a positive and wide-ranging influence internationally. We are very good friends and I am very touched by his love for Palau. He is most deserving of his appointment.”

Excited by the appointment, Cyrus said he would perform a song for Palau that would incorporate several unique features of the country.

“I always believe in the power of song and its ability to connect people and there’s no better way to express my love for Palau but through a song,” the child star said, according to the same statement.

Cyrus, who kickstarted his artist career at the age of 9, has previously been involved in prominent Chinese television productions, including the CCTV Spring Festival Gala 2018, broadcasted to millions during the festive period in China. This year, he was invited back to perform on four other spring festival programs on prominent Chinese stations. DB