Macau imposes entry restrictions on all but greater China 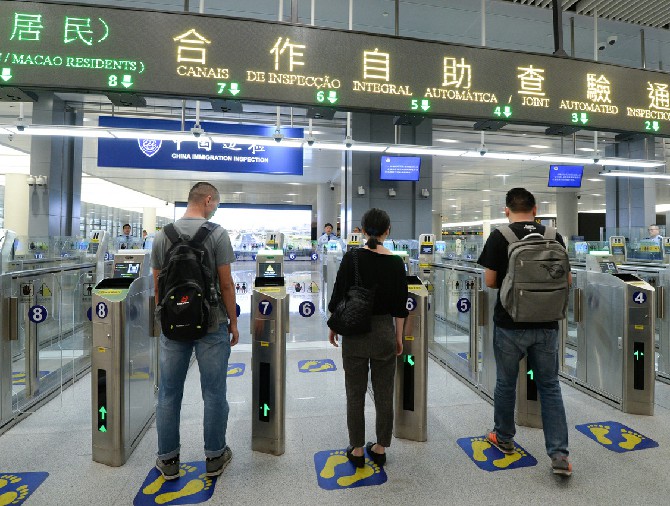 From midnight today, Macau is enforcing entry restrictions on arrivals from all countries and regions in the world, with the exception of those coming from the greater China region comprising the mainland, Hong Kong, and Taiwan, according to Secretary for Social Affairs and Culture Elsie Ao Ieong U.
The restrictions include a mandatory 14-day quarantine for all those traveling outside the greater China region. Prior to today, similar restrictions were already in force for any travelers who had been to most European countries as well as the U.S., Canada, Egypt, Australia and Brazil in the past 14 days.
In the announcement, Secretary Ao Ieong informed that the measure comes after Macau recorded its first confirmed case after 40 days free of new infections.
Explaining the measure in more detail, Ao Ieong said that anyone entering the city will have to complete a health declaration reporting on their travel history and health condition, as well as undergo a medical evaluation by the health authorities, who will decide the level of risk that the person represents. Accordingly, the visitors will be directed either to a self-quarantine period in their home, or to the Pousada Marina Infante or the Public Health Clinical Centre in Coloane.
At the press conference, Ao Ieong reaffirmed that such measures represent a shift in the government mindset from “the prevention of the local cases to a prevention from imported cases.”
The Secretary also recalled that anyone providing false information or concealing information on their health condition or travel history will be subjected to compulsory hospitalization and criminal charges that could result in up to six months of imprisonment or a 60-day fine.
Ao Ieong also noted that in view of the anticipated return of Macau residents from overseas in the next few weeks, the government would not rule out the possibility of enforcing other preventive measures that might influence, for instance, the resumption of school activities.
“We will continue to evaluate the impact of the people that are returning to Macau and we will see if there is any need to readjust the date for the school resumption,” she said, while appealing to all those residing or traveling abroad to properly evaluate the risks to decide whether the travel is worthwhile.
“Please do evaluate well these risks, especially the youngsters that are studying abroad that are very young and that need to bear in mind the consequences [of infection with Covid-19] on their health,” said Ao Ieong.
Meanwhile, the director of the Health Bureau said he does not consider the 11th confirmed case in Macau as a sign that the territory is losing the battle against the coronavirus.
“This does not mean we have lost the battle,” insisted Health Bureau Director Lei Chin Ion. “If we look back we can see that much was [accomplished] to safeguard the lives of citizens. This battle was important for all and with the help of all citizens we have achieved some success and proven that the measures [adopted] were the right ones.”
Echoing the comments of Ao Ieong, Lei said the government’s focus will be directed to those Macau residents returning home from other parts of the world where now the outbreak is only now reaching its peak.
“We are not immune to this worldwide pandemic outbreak and we need to keep our preventive measures and be alert,” Lei affirmed, noting that it is almost inevitable that a few of these cases will be detected in Macau.
Lei also noted that the 11th case was not especially concerning as the patient, a Korean non-resident woman who is a flight attendant with Air Macau, was proving not to be very contagious.
The woman had traveled back to Portugal with her boyfriend days earlier and has not had much contact with people in Macau since she arrived in the territory.
The fact that her boyfriend tested negative for the virus supports the idea that “this is a person with a low level of contagion,” according to Lei. The boyfriend is also being monitored by the health authorities in the hospital.
According to the coordinator of the Center, Leong Iek Hou, there are currently seven other people being tested and under medical surveillance for having close contact with the 11th case.
For the time being, only one person from this group has reported noteworthy symptoms; a university student that returned to Macau on the same aircraft from Dubai to Hong Kong, two rows in front of the patient. It is not yet confirmed whether the student has been infected with Covid-19.