Macau Matters | Is loneliness an issue for Macau 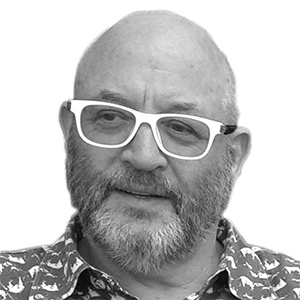 As I have noted previously, I like reading The Economist because it often contains articles that stimulate me to consider issues I have not thought about before. A recent article about loneliness is an example I will now consider here.

Few would argue that humans are pack animals and that we need regular social contact and interaction to have healthy and fulfilling lives. Unfortunately, loneliness – defined as perceived isolation, or the feeling of not having the social contacts you would like – is becoming an increasing concern of doctors and policymakers, especially in the developed world. Empirical studies in several countries have found 10-35% of people reporting that they often feel lonely, lack companionship or feel “left out” and that these feelings are especially prevalent among young adults and the elderly.

Other studies have found significant correlations between various health issues and loneliness. It is felt that lonely people can fall into unhealthy living habits, or loneliness may raise stress levels (which leads to health problems) or increase depression. By contrast, people with disabilities and health problems may not be able to maintain adequate social contacts.

Several global trends are leading to increased loneliness. Urbanization, for example, abandons people in isolated rural communities that are shrinking. Urban housing costs lead to smaller houses/apartments and the breakdown of multi-generational families living together. Regional and international migration for work and life improvements also fragments families and communities. And so on.

I know from personal experience how difficult it is to build new social networks when moving to a new city – if you want to have friends you must actively seek them out, and it is quite easy to get into trouble during these endeavors! It can also be quite problematic to find venues for making new friends. I am very glad that when we first moved to Macau we found the International Ladies Club – we can argue about the merits of predominately “expat” clubs, and they have many significant issues, but they undeniably provide a good way to learn about a place and meet new people.

Local universities put significant resources into student clubs and societies and I wish that they did more because I have met many foreign students suffering from issues related to loneliness. I remember with sadness one foreign exchange student who only lasted a few weeks in Macau before returning to her family in small-town Australia because of loneliness. There are many other groups of foreigners living and working in Macau that may not have adequate social support resulting in much heartache.

My mother died in 2017 so that my father now lives alone as an elderly widower. Luckily, my brother and sisters see him every few days and he still regularly plays golf. Even so, the family have been encouraging him to attend weekly exercise classes and to regularly go out for lunches/dinners with friends to ensure he maintains adequate social contacts. I am sure that there are many lonely elderly people in Macau who may not have adequate social support networks.

I feel that online social networks like Facebook are a two-edged sword regarding loneliness. They help you maintain existing far flung social networks but may lead you to underestimate the need to develop local ones where you are living.

Several countries are actively experimenting with social services to combat loneliness. These are mostly about nurturing networks of volunteers to regularly talk to and help isolated people. I am not aware of similar initiatives in Macau, maybe because of language barriers, which are yet another important cause of isolation and loneliness.

My “gut feel” is that this is a social issue worthy of much more study in Macau – anybody interested?