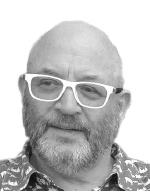 We all know that the world is plunging headlong towards a climate disaster, and that most of the world’s leaders are studiously keeping their heads in the sand and leaving this giant mess for the world’s young people to clean up some time in the future, the few that survive, that is.
Many countries, regions and cities are at least starting to make some efforts by putting in place carbon emission reduction plans. A big problem, however, is how to measure carbon emissions. There are two methods commonly in use, and both have problems because they largely ignore cross-border flows of carbon emissions.
First, places commonly measure their carbon production – the carbon emitted from local power-stations, factories and other polluting sources to make everything consumed locally. This approach does not consider the transportation and other subsequent carbon emissions for products and services exported from the region. Nor does it consider earlier carbon emissions for products and services imported to the region. Alternatively, places can measure their carbon consumption – the carbon emitted globally to make and consume everything that is consumed locally. But, again, this largely ignores local emissions for products and services that are exported.
Then there is the question of fossil fuels (coal, oil and methane gas) that are mined in one country and exported to another country where they are subsequently burnt to make electricity or to run vehicles, with carbon emissions as a waste. Should the emissions created by burning these fuels be counted at the point of burning or the point of mining, or split in some way between the two? It can be argued that countries that do a lot of fossil fuel exporting significantly under-estimate the emissions they are responsible for creating.
Thus, by measuring their carbon emissions on a production basis, places that do not make/export much but import a lot of products and services can look very virtuous from a climate change perspective when the true situation is very different – they have only considered local carbon emissions and ignored “foreign” emissions from imported goods and services. Macau may be a good example of this measurement problem, but I have not been able to find information on how Macau’s carbon emissions are officially measured.
Similarly, by measuring their carbon emissions on a consumption basis, places that make/export much more than they locally consume can also look very good from a climate change perspective. But they are only ignoring the subsequent carbon emissions for all the products and services they export. China can be a good example here.
Regarding fossil fuel exporting, countries like Saudi Arabia that export a lot of coal, oil and gas can look unrealistically “virtuous” if they do not consider at least some of the carbon emissions made where their fuels are finally consumed.
Clearly, it is important to avoid these kinds of measurement loopholes if we are to have a real impact and reduce climate change. Hopefully, Macau authorities consider these issues when evaluating our carbon emissions. There are many steps Macau could take to lower our measured carbon emissions, including, among many other possibilities, encouraging the:
use of electric vehicles and reducing our reliance on vehicles by encouraging cycling and walking
local production of renewable energy and facilitating more renewable power generation in China
development of better, more intensive farming in nearby regions to reduce the air-freighted importation of food.
I strongly feel that we should have substantial Macau carbon reduction goals, and that we should be acting diligently to greatly reduce our carbon footprint. The path forward is clear and we just need the will to start the journey.