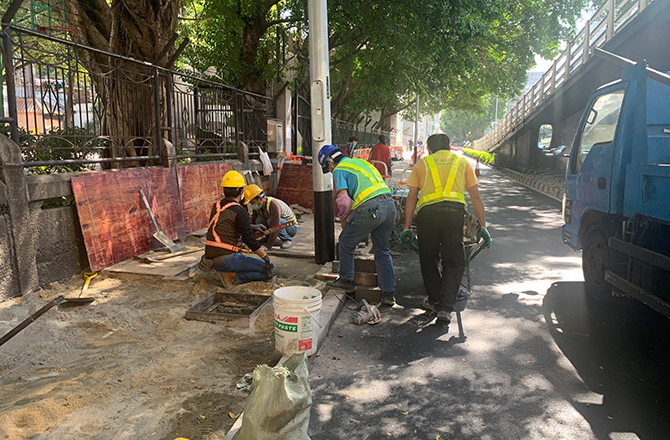 The Macau SAR recorded a total of 181,697 non-resident workers in September, down nearly 9,700 from the start of the pandemic in February and almost 12,000 since the start of the year.
In January, the majority of migrant workers in the region came from mainland China and worked in the construction and the wholesale and retail trade sectors.
A data release provided by the Public Security Police Force implied that there have been continuous cuts to and non-renewals of non-resident worker’s permits, commonly known as blue cards, since the pandemic outbreak.
Of all the sectors in the region, hotels, restaurants and similar activities recorded the biggest drop. This sector has the largest number of migrant workers, followed by domestic work and construction. In September, there were 47,497 non-resident workers in the hospitality sector, down from 54,174 in February, a drop of 13.1%.
Although there is no available data showing how many blue cards were terminated or not renewed, the Times previously reported that the government may impose stricter measures on the issuing of blue cards in order to protect local workers amid the recent rise in unemployment.
This may only be imposed on non-skilled quotas, as previously noted by experts in the human resources sector.
Since the pandemic began, there have been several repatriation flights to different countries, including the Philippines, Myanmar and Nepal. The Philippines, for example, has conducted 10 repatriation flights back to Manila so far, with another one coming up in the first week of November.
Since February, small and large corporations, including gaming junkets, have been laying off employees – particularly non-resident workers – due to the economic downturn caused by the nearly non-existent tourism and a sharp decrease in gaming patrons due to the strict travel restrictions.
Recent figures show that Macau’s unemployment rate has risen to 4.1% for the resident workforce and to 2.8% overall for the period of June to August.
During this period, the city has had a total labor force of 404,000 and a labor force participation rate of 70.2%. A total of 392,500 people were employed, 276,600 of which were local residents.
It is still unknown whether the local labor market is willing and able to replace the 9,700 migrant workers that left the city due to the pandemic since February.
These non-residents, who were formerly employed by hotel operators, usually have jobs including housekeeping, cleaning and security. These job types are not typically filled by locals.
However, with the current law on the employment of migrant workers, as well as the fact that up until now, no foreigners have been able to enter Macau, it is highly likely that these job posts will not be easily filled, even if the economic situation improves.
Until Macau opens its doors to foreigners, these former non-residents are unable to come back, even if they have an employer waiting for them.
The Times previously interviewed several blue card holders who were laid off and took repatriation flights home. Many of them said that their employers pledged to contact them when their companies were more financially stable. However, they will not be able come back to Macau with tourist visas as they will be required to hold valid work permits prior to entering the SAR, as the new law states.