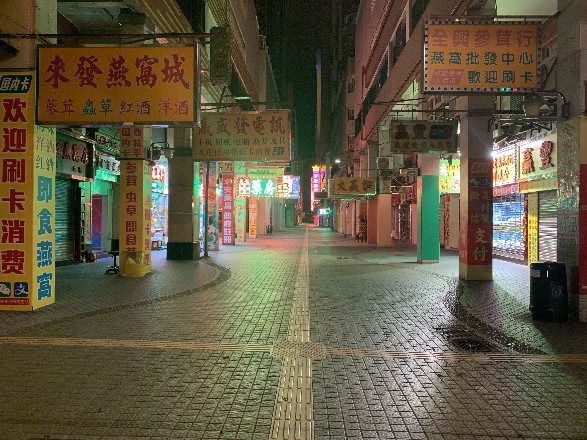 Residents of Zhuhai will again be allowed to apply for travel permits for the Macau SAR starting from tomorrow, the Novel Coronavirus Response and Coordination Center announced yesterday.
The move is being seen as the first stage of a gradual reopening of the tourism trade between Macau and the mainland, after months of near-zero levels of visitation.
At yesterday’s press conference, the Macau government declined to provide estimates of how many people will come to Macau after August 12. However, it hinted that further expansion beyond Zhuhai may be possible.
“By resuming Zhuhai visas first, we will monitor the situation and see if we can strive to achieve more convenience for residents in Guangdong or other places to come to Macau,” said Secretary for Social Affairs and Culture, Ao Ieong U, who is also the vice-president of the Center. “Our economy needs tourists.”
“We will evaluate the situation after reopening tourism for Zhuhai residents,” said Ao Ieong. “Of course, if the situation remains satisfactory, we will request the Central Government further ease restrictions.”
The return of tourism visas for Zhuhai residents comes with an important caveat: the whole scheme could be suspended if even a single locally-transmitted case is detected in Macau. Secretary Ao Ieong said that, if a new case was detected, quarantine conditions would be implemented once again.
Those applying for the IVS will still need to present a negative Covid-19 virus test obtained within the past seven days and a green health code to be granted a visa.
By the term “Zhuhai residents,” the Central Government refers to people with a Zhuhai residence card. At present, residents of other cities and provinces across mainland China are still unable to apply for tourism permits to visit Macau.
Mainland China is Macau’s single largest visitor source market. Last year, visitors from the mainland accounted for about two-thirds of monthly arrivals, with about half of those hailing from southern Guangdong Province and about 40% from the nine mainland cities of the Greater Bay Area.

Markets responded well to the news, with the stock prices of Macau’s six concessionaires rising in Hong Kong yesterday. The subsidiaries of U.S.-based casino operators appeared to initially benefit the most with MGM China (+7.7%), Wynn Macau (+6.5%) and Sands China (+6.2%) all showing strong gains. Rumors of the visa resumption lifted a Bloomberg gauge of Macau stocks as much as 3.9%.
The latest moves are “another baby step in the right direction as China and Macau slowly loosen travel between the two jurisdictions,” Sanford C. Bernstein analysts led by Vitaly Umansky wrote Monday. “There is risk that visa issuances could again be suspended if there is a jump in Covid cases.”
Also starting from tomorrow, Chinese nationals from Macau will be permitted to travel through the entire mainland China without the need to quarantine. The provision, however, comes with certain conditions.
First and foremost, these entrants from Macau should not have been to any part in the rest of the world other than mainland China and Macau in the preceding 14 days. They also need to be in possession of a negative Covid-19 test taken within the previous seven days, either in physical paper form or as part of the electronic health declaration.
Should these people be entering Zhuhai from Macau, they must convert their Macau health declaration to Guangdong health code prior to commencing their journey.
People can apply for a paper test result, according to Ao Ieong, if it is necessary for Macau residents who wish to travel beyond Guangdong Province. It can be presented to officers on the provincial boundary. It can also be presented to staff at airline check-in counters at airports as proof.
Another condition is that only people of Chinese nationality are allowed to enter the mainland. Foreign passport bearers are still not allowed to enter mainland China. Daniel Beitler, Anthony Lam

The prices of hotels around the Cotai Strip were apparently unaffected by the Central Government’s decision to resume issuing tourism visas for Zhuhai residents yesterday.
These hotels include several sampled by Macau Daily Times, including Galaxy Macau, Wynn Palace, the Venetian Macao and Studio City who have kept rates for next week mostly unchanged.
Tourism visas, including the Individual Visit Scheme (IVS), will again be issued starting from tomorrow. The number of mainland tourists and the prices of accommodation in the city are both expected to increase.
Due to the pandemic, Macau’s hotel industry has been suffering from a lack of tourists. Since February, Macau has received close to zero visitors from China.
As an attempt to draw in business, hotels have lowered prices to attract local residents to enjoy “staycations.”
Smaller hotels have been requested by the Macao Government Tourism Office to be used as a site for quarantine purposes for limited durations this year.
Yesterday, the tourism board rebooked the 270-room Regency Art Hotel to use it for quarantine purposes starting tomorrow. This came after the government rebooked the 300-room Golden Crown China Hotel on August 1 and the 450-room Treasure Hotel on August 6. Staff Reporter