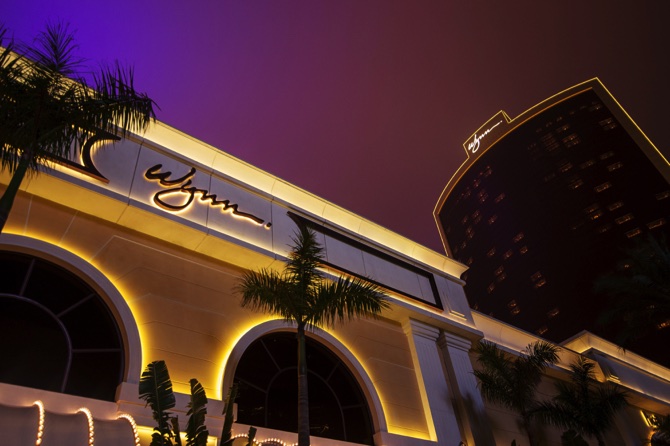 A  former Philippine gaming regulator is suing Wynn Macau on the basis of what he describes as the unlawful and “wrongful” disclosure of his personal data to an authority outside of Macau, which subsequently tarnished his professional integrity and damaged his career.

Rogelio Yusi Bangsil Jr, a former executive at Philippine Amusement and Gaming Corporation (Pagcor), a state-owned gaming company and casino regulator, was named in a report commissioned by a U.S. law firm in 2011, regarding an improper relationship between Japanese billionaire Kazuo Okada and Philippine gaming officials.

The report, drawn up under former FBI director Louis Freeh, alleged that Okada had made unlawful payments and provided gifts to some 17 people, including Bangsil and his wife, Suzzanne, in order to earn favor with gaming regulators. A total of MOP880,000 in gifts and payments was alleged to have been provided to the 17 individuals, which included hotel stays in Macau and Las Vegas.

However, the report had relied on personal data being unlawfully transferred from Wynn Macau to a company outside of the MSAR, thereby violating Macau’s Personal Data Protection Act. In 2011, the Macau Office for Personal Data Protection found the company guilty of the infraction and fined the Asian subsidiary of Wynn Resorts a sum of MOP20,000 for the unauthorized transfer of customer information.

Now, according to information leaked in a court document provided to the Times, Bangsil is suing Wynn Macau. Dated November 3, 2016, the document states that a hearing has been scheduled for June 22.

“I’m claiming damages that I incurred because of the police report disclosing [false] information about the hotel [room],” Bangsil told the Times in a phone interview yesterday.

“I am seeking an apology from Wynn. I want them to recognize that they did something wrong,” he added. “They paid [the MOP20,000 fine] so they recognize they made a mistake, so why are they not apologizing to the victims?”

“There is no truth to these allegations. They [the allegations] cut short my career and the whole family suffered because of that […] I want to be compensated for the damages they caused us – including my wife and my child.”

Bangsil was a Pagcor executive in the Philippines for 26 years until he retired in 2012. He claims that the reason for his retirement was “because of the damage to my integrity and my career,” caused by the allegations in the report.

“I contacted my lawyer to sue Wynn [Macau] on the basis of the violation because nobody [of the other 16 individuals named in the report] has come out as a victim yet,” he explained, adding that as a government employee, he was formerly unable to file a lawsuit.

The Times contacted representatives of Wynn Macau to comment on the case and received the reply: “We do not comment on litigation matters.”

However, there may be more lawsuits to follow. Bangsil told the Times that some of his colleagues have already retired from the government and “they will wait to see the outcome” of the trial.

The mention of Bangsil in the report is inextricably linked to the long-standing legal battle between billionaire businessmen Steve Wynn and Okada.

Okada, who is partly based in Hong Kong, denied making improper payments to Asian gaming regulators, but that did not prevent Steve Wynn from expelling Okada from Wynn Resorts and forcibly buying back Okada’s 20 percent stake in the company. Okada’s share was redeemed for about USD1.9 billion, considered a 30 percent discount on its actual market value, according to The Financial Times.

The Freeh report wasn’t the only incident that may have tarnished Bangsil’s career. In 2012, Philippine legislators called for Bangsil’s dismissal based on his alleged failure to spot a cheating scam at Pagcor-run casinos that cost the government USD3.7 million. Daniel Beitler with Paulo Coutinho