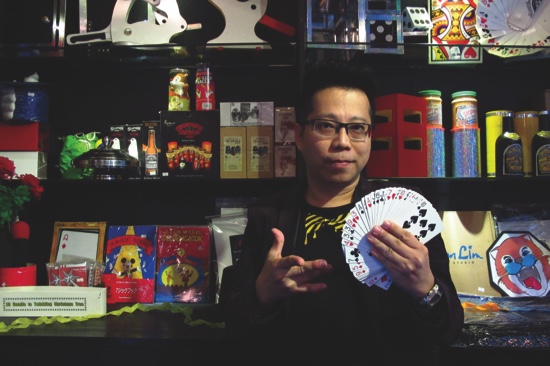 Raymond Iong and his shop

It was only two months ago that Iong’s Magic & Co Macau found its place on a street near St. Lawrence’s Church. At the time, the institution had just been forced out of the location it had occupied for nine years, near the Kiang Wu Hospital, due to unaffordable rent. 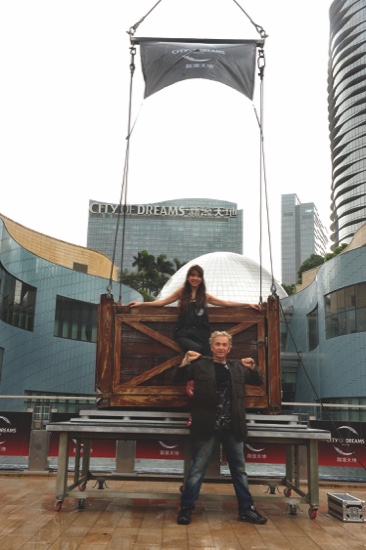 Last week’s opening of Franz Harary’s “The House of Magic” at Studio City may be taken by some to indicate that illusionism  in Macau is entering heyday. However, Iong’s Magic & Co owner Raymond Iong told the Times that it is exceptionally difficult for a local magic brand to find a home for its outlandish tools of the trade, let alone achieve its ambitions.
“The rent has shot up more than three times,” said the 47-year-old magician. Iong, who is married, has dabbled in illusions since the age of six. “But I insisted on keeping my store in Macau.”
According to Iong, during the 70s and 80s, there were only a couple of amateur magicians in the city. He is also the president of the Macau Magic Artist Society, the first of its kind in the region. Sadly, the majority of magicians have migrated to other, more promising industries.
“There would have been a void in this international city if everyone had given up halfway. For this reason, I hung in there,” he said.
Iong gained fame in his mid-thirties, notching up the championship title at the annual competition for the Society of American Magicians in 2006, and received the Merlin Award from the International Magicians Society in the following year. However, before this success, the local illusionist was beset by many challenges.
“There was this period when my parents had to financially support me because I was too broke to even have [daily] meals,” he said, in reference to the early years of his career in the late 1980s. During this time, he was left stranded in northern China after falling for a scam that cost him all his assets in a company that had launched in 1989.
Despite these difficulties, Raymond Iong managed to return to his hometown, using money he earned through street performances along the way.
Since then, he has maintained a single-minded focus on his goal of becoming a world-famous magician, striving to make a name for himself in the city by gaining as much exposure as possible at various functions.
“I even performed for the last [Portuguese] governor Rocha Vieira at his family’s Christmas gathering,” he said proudly. Sadly, the seasoned magician noted that the industry has yet to expand its presence beyond company banquets and neighborhood functions. 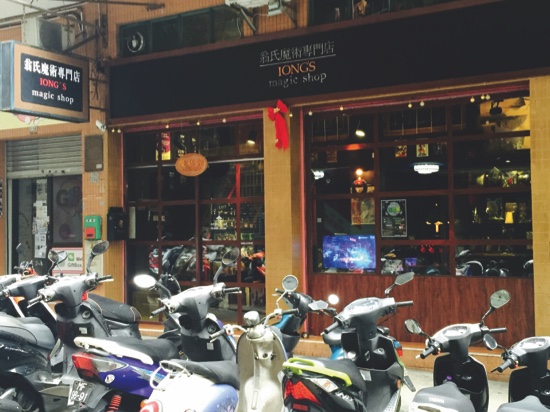 Asked if he believed that he would someday stage a performance in Studio City’s new entertainment attraction, which boasts world-class illusionists, the magician shook his head. “The casinos tend to seek ‘blonds with blue eyes’ for their performances, to give guests a sense of ‘exoticness’,” he asserted. “Local magicians are undervalued in general, although we are competitive enough.”
While Iong’s Magic & Co may not be a household name in Macau, it caught the attention of the production crew of the Hollywood movie “Now You See Me” sequel, which will feature it as a faraway, mysterious magic academy.
“I couldn’t believe our store was singled out among so many others in Asia,” said Iong. “But I’m glad they have identified something unseen by others in us.”