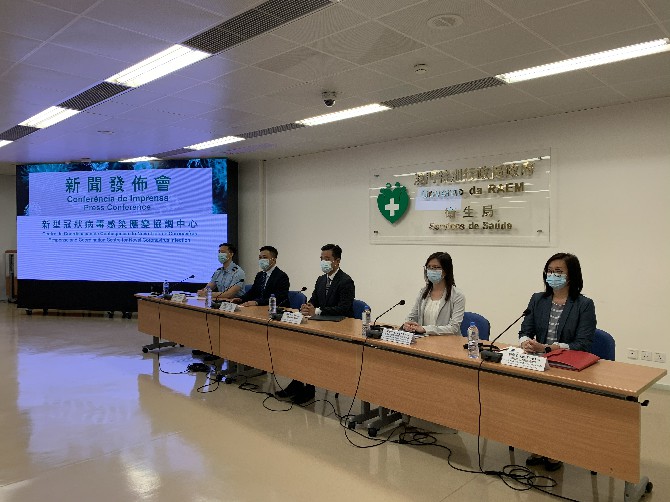 The government is coordinating with various stakeholders to ensure the safety of students once the school year opens today, Wong Ka Ki, head of the Department of Education at the Education and Youth Affairs Bureau, disclosed yesterday.
The department head pointed out that such communications started in July. The education regulator has directed all local schools to conduct drills to review the level of resources, as well as to determine any liabilities prior to school year opening.
In addition, the department head reported that discussions were held with different government bureaus, including the Public Security Police Force (PSP), the Transport Affairs Bureau and the Meteorological and Geophysical Bureau, to clarify arrangements on the school year opening day.
To provide a smoother process for cross-border students, the PSP will resume the operation of special lanes at either the arrival or the departure halls that only cater to the group of students, depending on the time of the day. They will be allowed to use the lanes using their student cards or if they are wearing a school uniform.
The education regulator said that there are about 3,000 cross-border students and staff.
In addition, the education bureau department head said that it will deploy teams to the Border Gate to offer assistance to students who may need it.
However, a separate announcement made recently by the education regulator has generated confusion and objection among parents. The authority noted last week that school children below three years old would not start the new school year.
The announcement was made so late that parents had no time to prepare for the change. Some say they now need more time to arrange daycare services.
Later that night, the education bureau issued a statement to say that, in association with the Social Welfare Bureau, a special daycare service will be offered to those children who may need it. Even so, the education bureau was still condemned by lawmakers and parents for poor planning.
In order to facilitate the special daycare service, the two bureaus have commenced the operation of two hotlines to take inquiries and registrations from parents.
Wong disclosed yesterday that so far the hotlines have received calls regarding 26 children, of whom 17 have already been enrolled in the special daycare service. Of the remaining nine children, seven need to submit additional documents to complete the application, while the parents of the other two were still deciding about whether they would make use of it.
The Novel Coronavirus Response and Coordination Center has lifted the quarantine requirement on people who have visited Nantang Town in Shanwei City of Guangdong Province in the preceding 14 days, as it sees the number of infections there falling.
With this change, only people who have visited Urumqi, the provincial capital of Xinjiang, in the preceding 14 days will be quarantined upon arrival in Macau. People with 14-day travel histories in other parts of the mainland will not be quarantined when arriving in Macau. However, they will still need valid Health Codes and Covid-19 test results in order to enter the city.

Testing at Macau Forum to be operated by third party

From today, the Covid-19 test specimen collection location at the Macau Forum will be operated by the China Certification and Inspection Group Macau Co. Ltd., Dr Lo Iek Long of the Novel Coronavirus Response and Coordination Center announced yesterday.
The Center has approved four Covid-19 test specimen collection locations so far. Apart from the Macau Forum location, there is the Taipa Ferry Terminal, the Conde de São Januário Hospital, and Kiang Wu Hospital.
The Taipa Terminal location is operated by the same third-party vendor, while the one at the private hospital is operated by the hospital itself.
As of yesterday, the other two locations are operated by the Macau government, represented by the Coronavirus Center.
The test is necessary for people who want to cross the border with mainland China or enter a casino in Macau. AL