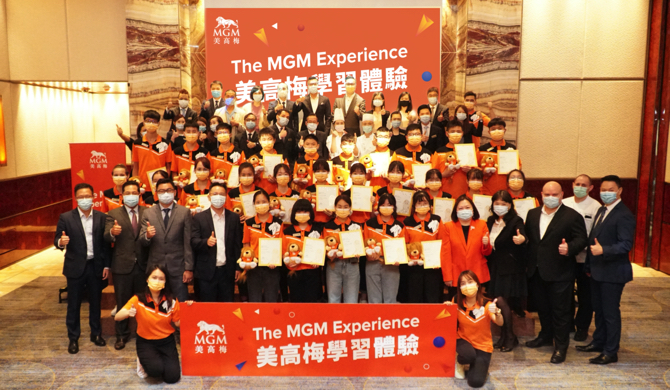 As part of MGM’s effort to build a diverse and inclusive society, the “MGM Community Care Campaign” was held for the 9th consecutive year to spread warmth and care to people of different communities. This year the campaign collaborated with 20 community associations and has benefitted over 300 youth and children.  The Golden Lion Team spent a total of almost 1000 volunteering hours in this campaign to encourage the younger generation to give back to society and develop a closer relationship with their family and the community.

Wendy Yu, Executive Vice President of Human Resources of MGM, explained why the Company decided to hold the “MGM Community Care Campaign” as scheduled despite the pandemic. She said, “MGM realizes that Macau communities, particularly the youth and children, need extra care at the moment. The pandemic has affected their regular school schedule and they may need to stay home most of the time, which has been quite a challenge for them. In support of their growth and development, MGM launched an array of meaningful events to broaden their mind and get their social life back on track. Besides, as both parents and children might have been distressed by school suspension, we purposely introduced more parent-child activities to infuse positive energy into different families.”

A program to give teenagers hands-on work experience at an integrated resort, “The MGM Experience” program attracted 52 participants. They came from Young Men’s Christian Association of Macau, General Union of Neighborhood Associations of Macau, winners of the fifth Macau Outstanding Teenagers Award; and children or siblings of MGM team members. The teenagers joined art tours and visited back-of-house areas of MGM properties. They also experienced the day-to-day operations at over 10 departments under the instruction of veteran MGM team members. 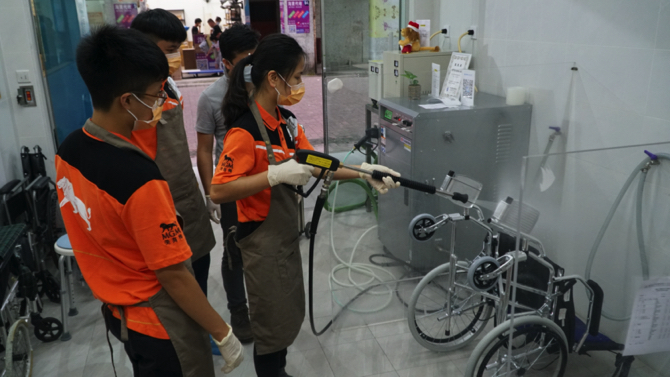 The program also guided the teenagers to volunteer in the community. Some of them joined members of Macau Special Olympics (MSO)—Ngai Chun Center to make cookies. Others either created decoupaged works of art with Fuhong Society of Macau members or learned how to clean wheelchairs at the Macau Assistive Technology Resources Center.

Daisy Lu, the daughter of an MGM team member, said, “I have the opportunity to learn the daily operations at the Hotel Reception. This is more than merely a front desk for check-in and checkout.  Now I realize that team members working here have to fully understand the entire hotel’s operations and to fulfil the needs of every guest in order to create great moments for them. This program also took me to the community where I really enjoyed making cookies with MSO members, which was an immensely rewarding experience.”

Besides, the Company also organized “MGM Floral Design Workshop” for young female teenagers from Sheng Kung Hui Macau Social Services Coordination Office.  They learned the hidden meaning of flowers along with the techniques for floral and bonsai design from members of MGM Floral Department, who also guided them to create their first flower arrangement. The “instructors” and “apprentices” then collaborated to make bonsai on the theme of “Together, we fight the pandemic”, which were later presented to 9 social welfare organizations for spreading warmth in the community.

Lydia Chang from MGM Floral Department said, “It’s great to pass our skills and knowledge of floral design down to the young ones. I’m happy to see they made their flower artworks with rapt attention, which would give them a sense of accomplishment.” 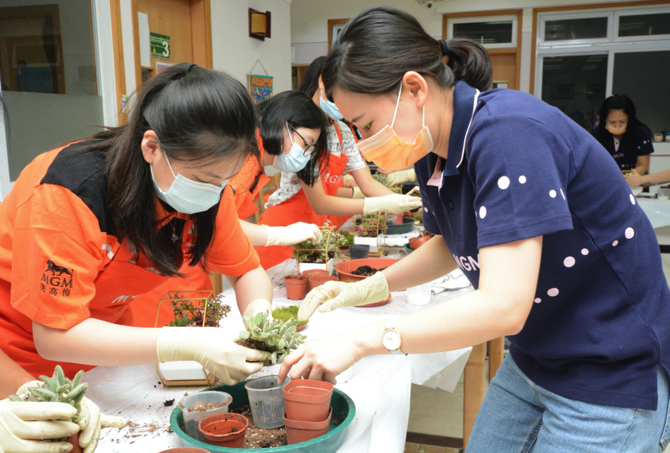 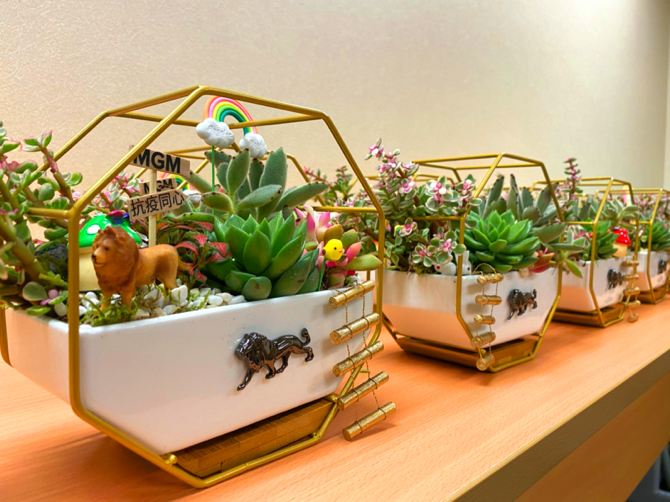 In support of Macau SAR government’s policy of “A sound healthcare system, putting prevention first”, the Company held “MGM Children’s Health Day” for the first time. Professionals from Worker’s Medical Clinic of Macau Federation of Trade Unions (FAOM) were invited to conduct free check-ups of eyes, oral cavity and spine for 200 children aged between 6 and 12. They came from 5 different community associations as well as children of MGM team members. MGM volunteers also did exercise with the children and imparted health knowledge to them through playing games. 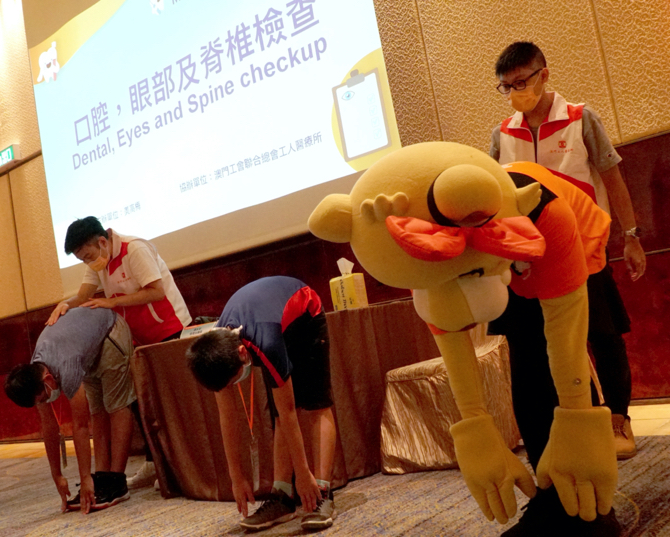 Leong Iok Wa, Consultant of FAOM, noted that this event raised the parents’ awareness of the need to monitor their children’s health, so they would not overlook a potential risk that might impair children’s physical development. This thoughtful event also created a relaxing atmosphere for children to learn how to build a healthy diet and lifestyle, which will help to reduce the burden on Macau’s medical system in the long run. 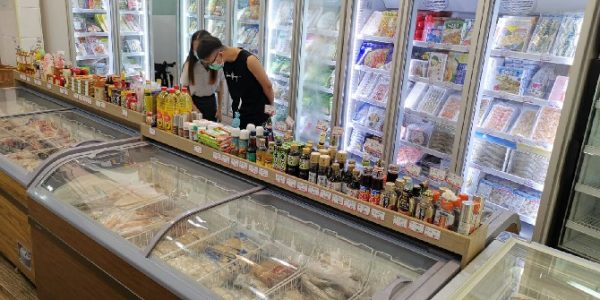 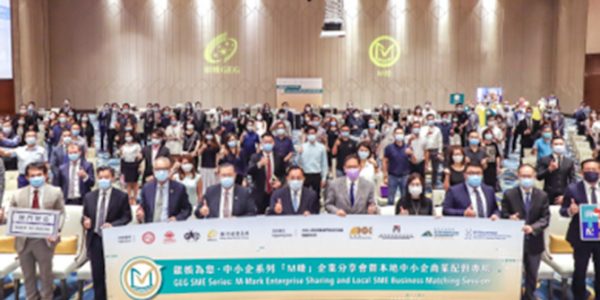 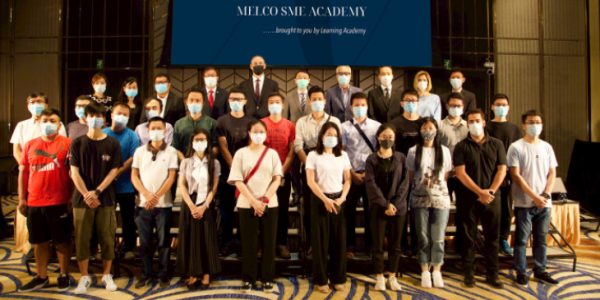