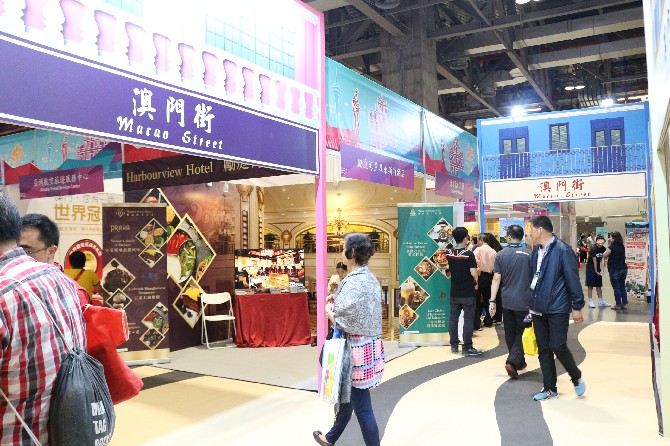 The SAR government will pursue a strategic focus of merging the tourism; meetings, incentives, conferences, and exhibitions (MICE); and sports sectors next year to broaden the city’s tourism appeal, Director of the Macao Government Tourism Office (MGTO) Maria Helena de Senna Fernandes said.
“The integrated strategy for tourism development has been a travel trend that shines through lately,” said Fernandes, adding, “Thus, [the government will help] the city’s tourism set off more collaborations with other industries in the future.”
Fernandes’s remarks came after Secretary for Economy and Finance Lei Wai Nong, on the Legislative Assembly’s (AL) debate over Economy and Finance policies in 2021 on November 27, underscored the importance of pushing a new “Tourism +MICE+Sports” approach — a catchphrase that symbolizes the integration of tourism and other business sectors.
Regarding the MICE sector, Lei said the government will promote “Tourism+MICE”, through an intensified collaboration between MGTO and Macao Trade and Investment Promotion Institute (IPIM) to beckon more high-yield tourists.
The amalgam of “Tourism+MICE+Sports” strategic development is intended to support local travel trade to develop more tourism offerings — that help inject “novelties and diversities” into Macau’s tourism scene and meet the increasingly varied needs of today’s tourists, he concluded.
Lei regarded Macau’s MICE industry as “internationally recognized,” which is reflected by the large number of MICE events that have been held in the last few years.
In 2019, there were a total of 1,536 MICE events held in Macau, up 7.6% from the 1,427 recorded in 2018. Meanwhile, the number of MICE participants and attendees totaled 2,003,000 in 2019, down 5.4% year-on-year, official data shows.
In 2020, a whole slew of MICE events were canceled, postponed or migrated to a virtual format due to Covid-19, greatly undermining the industry.
But since the third quarter (Q3) of this year, Macau’s MICE sector has gradually resumed business, prompting the number of MICE events in Q3 to increase 66% to 63 quarter-on-quarter. Still, this represented a significant drop of 82% when compared to the same period last year.
The tally of MICE participants and attendees amounted to 297,000 in Q3, surging 1,281% quarter-over-quarter, but dropping 49% year-on-year.
President of the Macau Federal Commercial Association of Convention & Exhibition Industry Wu Kam Hon agreed that the “Tourism+MICE” hook can unlock new opportunities for the city’s tourism as it helps expand tourist sources.
More importantly, he stressed, “MICE tourists can generate a greater [boost] to tourism as they are relatively high-yield consumers who generally spend more than ordinary travelers.”
Meanwhile, he regarded it as “necessary” for the government to provide incentives and funding to local MICE organizers to accelerate development.
Regarding the “Tourism+Sports” development, Lei said sports tourism has been ongoing, which has been corroborated by the example of many local running enthusiasts who regularly jaunted around the world to attend marathons and traveled for leisure in the host destination.
Earlier this month, Chief Executive Ho Iat Seng also acknowledged that “Tourism+Sports” has great potential. He disclosed that talks between the government and the six gaming operators to hold 12 sports events in 2021, one event per month, have been underway.
Each of the six gaming operators, who are now in discussions to run the 12 staggered throughout 2021, will be responsible for hosting two events next year.  Staff Reporter