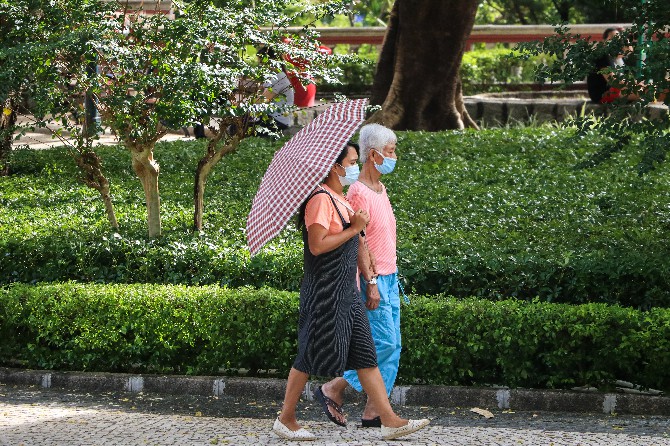 Migrant associations in the Macau SAR have expressed their distress regarding the recently approved bill on regulating employment agencies, noting that the legislature overlooked their suggestions which were submitted 10 months ago.
In April 2019, organizations of non-resident workers submitted a joint petition to the Legislative Assembly (AL) arguing that non-resident workers lack information and are being ignored in the drafting and consultation process of the Act of Employment Agency Activity.
In the petition, the migrant groups outlined a total of seven concerns.
The petition called for a removal of agency fees for workers, as they go against the standards set by the International Labour Organization, a United Nations agency.
“[The] agency fee is always an issue which leaves non-resident workers in debt bondage and forced labor situations. The setting of an amount for agency fees, 50% of the first month of basic remuneration to be collected from workers after 60 days of employment, will still end up [causing] debt bondage faced by workers,” the group wrote in the petition.
However, according to the justifications the government gave to the committee, these conventions do not apply to Macau.
The group’s opinion was dismissed as the new bill clearly defines jobs that are subject to the payment of such fees, in addition to defining a ceiling of collecting 50% of the basic salary of the first month they are employed.
Speaking to the Times, the president of the Progressive Union of Domestic Workers of Macau, Jassy Santos, lamented that after 10 months of waiting, the government has only looked at one out of seven concerns.
“We are dismayed by the result because we waited 10 months for this, only to be given a letter we cannot understand. We were at least expecting to be given a chance to have another dialogue with them,” Santos said.
“They could have at least considered the seven suggestions we made [since the] public consultation did not include us.”
These migrant groups have called on the government to ensure that the public and non-resident workers have access to information about their legal rights, a list of licensed employment agencies and Employment Service Advisors, and other information which should be translated into a language that non-resident workers can understand.
According to Santos, part of aforementioned request was the only assurance the government had given them.
“They said they would give workers access to the list agencies of Macau. For now, we only know of a few legal employment agencies, so maybe one day they will publicized all agencies of such,” Santos said.
The group also called on the government to ensure that non-resident workers do not bear any costs, debt bondage and or participate in forced labor during the recruitment and employment process. No response was also given.
The government did give a 118-page copy of the new bill to the representative of the migrant groups. However, the group said that it was in a language they could not understand.
“It’s so ridiculous that they gave us copies in Chinese and Portuguese but not English, and had not given us chance to have a dialogue with them again,” said Nedie Taberdo, president of the Green Philippines Migrant Workers Union in Macau.
The document included a letter addressed to her and signed by the president of AL, Kou Hoi In.
The letter, which is written in Chinese, states, “the Third Standing Committee of the AL has taken up your petition and [made its] analysis. The Third Standing Committee has completed the review of your petition and prepared the report No. 1/VI/2020. Based on the Article 14 of Law No. 5/94/M and the recommendations put forward by the aforementioned report.”
The language barrier remains a challenge for these migrant groups as they can neither read Chinese or understand Portuguese proficiently, two of the city’s official languages.
“One of our petitions included having access to government documents, but they said they cannot offer it in English as it isn’t an official language,” explained Santos.
The president of the group said that migrant workers in the city are always confused about new laws and could only depend on English media for information.
“It’s very sad because there are matters that concern non-residents. If we have access to these [at least those that affect the blue card holders], we can know better and have clear ideas about the government’s policies,” she said.
The Act of Employment Agency Activity was approved on September 3 and will enter into force March 15 next year.