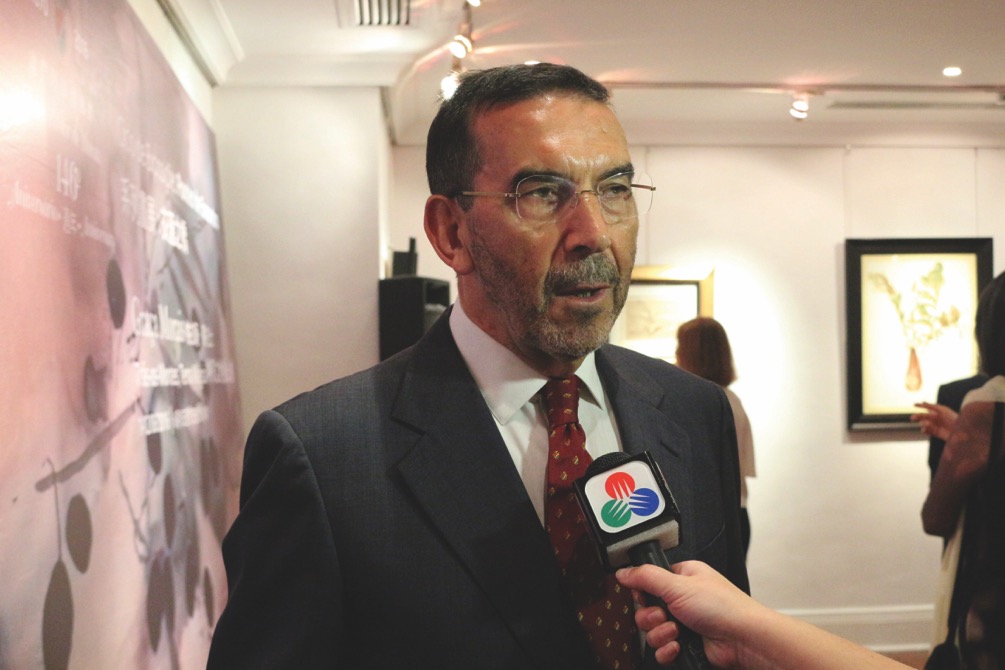 The Macau Military Club marked its 146th anniversary yesterday with the opening ceremony of an exhibition of paintings by Portuguese artist Graça Morais: “Trás-os-Montes, Terra Mágica.”
The anniversary will be celebrated with a series of exhibitions titled “Pontes de Encontro” (Meeting Bridges).
According to Ambrose So, chairman of the Board of Directors of SJM and the president of the Macau Military Club, the club is a “unique institution” as it serves the local community as a “cross-cultural venue.” So commented that several institutions and the Portuguese consulate hold numerous exhibitions and events at the city’s Military Club.
“We have to be a unique cultural icon,” he suggested. “We are inventing ourselves in a sense that we will [continue to] bridge more multi-cultural exhibitions.”
So affirmed that they would do so without losing the identity of the Military Club, which serves as a “multi-national” venue.
The club’s president also revealed several of the club’s upcoming events, such as its yearly “gastronomy event” where chefs from Portugal are invited to visit the institution to attend cultural exhibitions and seminars.
Meanwhile Manuel Geraldes, a member of the club’s board of directors, has expressed pride in the club’s achievements, claiming that the club is one of the oldest social institutions in the region.
“We want to continue to be a social and cultural meeting point,” he told the Times.
Geraldes revealed that they are collaborating with Macau Forum and other organizations to invite artists from Portuguese-speaking countries to visit the city in December, in time for the anniversary of Macau’s handover to China. Staff reporter