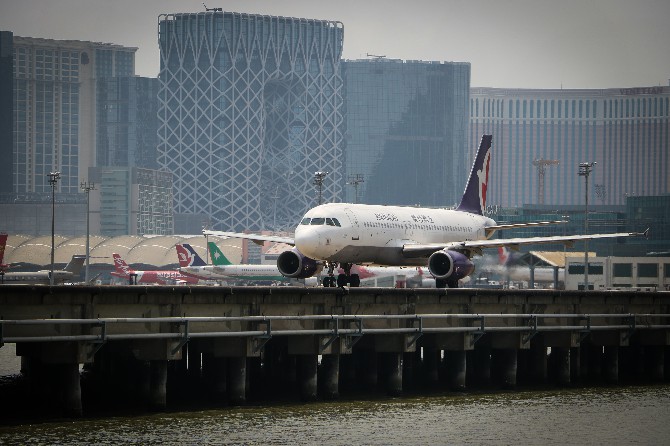 Local carrier Air Macau is resuming flights to many mainland cities later this month, the airline informed through an announcement on its official website.
In the company’s latest update, which includes flights scheduled for September 1 and October 24, it is advised that many of the flight routes that have been completely or partially suspended due to Covid-19 are to return to operations.
Beijing, Shanghai (Pudong), Hangzhou, Nanjing, Changzhou, Chengdu, Xiamen, Nanning, Jieyang (Chaoshan), Tianjin, Taiyuan, Zhengzhou, Qingdao, Ningbo, Wenzhou, Chongqing, and Guiyang are the cities with flight resumptions. Major destinations to be served by flights on a daily basis.
The resumption comes at a time when China is preparing for its first National Day Golden Week holiday since Covid-19, which officially runs from October 1 to October 7.
The date also coincides with the extension of the reissuing of visas under the Individual Visit Scheme (IVS) for tourists to the whole country.
According to the same notice, the airline will increase the current 54 scheduled flights per week to a total of 230 during October.
Other destinations will also be included in Air Macau’s flight resumption with a slight increase in flight frequency to Taipei, Taiwan and Tokyo, Japan.
After September 25, flight NX822/821 to Seoul, South Korea will stop operating until at least October 24, according to the information provided.
The Times sought confirmation from the airline about this, as well as the decision to suspend that flight, but did not receive a reply from the company as of press time.
Nevertheless, the information was confirmed to the Times by a source in the aviation sector who requested to remain anonymous.
According to the source, Air Macau cutting off its Seoul link will leave Macau even more isolated for non-Chinese people, since foreigners have been disallowed from entering the mainland according to rules established to contain the spread of Covid-19.
The Seoul route operated by Air Macau was one of the last routes that would allow non-Chinese residents to exit the region and access long haul flights to other parts of the world, namely in Europe, through South Korea and without the need to undergo 14 days of mandatory quarantine, for example by traveling to Hong Kong.
For the time being, the only route linking Macau and Europe without mandatory quarantine is via Taiwan and an EVA Air flight that links the island to Paris, France.
According to comments made by Air Macau to the Chinese media outlet Macao Daily News, the decision from the airline to increase flights to mainland cities is in line with calls from the local government for local businesses to take the opportunity arising from the IVS resumption to attract more mainland tourists, in a bid to tackle the city’s economic downturn of the past eight months.