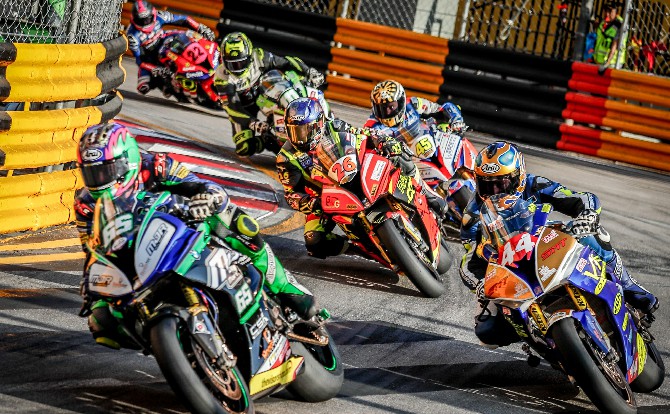 The 54th Macau Motorcycle Grand Prix, the only remaining event of the four Macau Grand Prix headliners, is also at serious risk of being canceled.
The acknowledgment comes after many racers who were invited to participate at this year’s event confirmed to the Times that they would not be returning to Macau under the conditions outlined by the Macau Grand Prix Organizing Committee (MGPOC).
The conditions require the racers to undergo a quarantine period of 14-days upon arrival in Macau, a measure enforced by the health authorities, which reaffirmed last week that there will be no exceptions for sports events.
Contacted by the Times, at least 10 out of the 27 contestants in the 2019 Macau Grand Prix said that they would not be available to participate in the 2020 event due to the imposed quarantine conditions.
The majority also informed they have already expressed their intentions to the MGPOC as the deadline given to reply to the organizers was last Friday when the MGPOC presented this year’s event.
“How can we afford [over] three weeks away from work [without compensation] for myself as well as for my mechanics?” one of the riders contacted by the Times said. “And then, putting yourself in a self-isolating prison for two weeks. I will not pay to go to prison.”
According to several riders and team managers, the MGPOC requested the teams voluntarily undergo 14-days quarantine at their expense, which also caused a serious impediment to many being able to form a team.
“I could do that [personally] but I struggle to find people [mechanics] that can be away from home that long just for three days on the bike,” another rider said. “In all honesty, Macau [Grand Prix organizers] need to review the situation and come back with a sensible proposal with a real financial package to make any of the top guys interested. Harsh reality, but it is the truth if we want to move forward.”
“We get paid money to go to all the other international races anyhow, Macau is a fun race at the end of the year. We all love it and that trip away, but this fun moment has turned into hardship with a quarantine [period alone] being longer than the time we usually spend in Macau every year,” another racer mentioned.
Another familiar face at the Guia Circuit said, “14 days in isolation, plus the 10 days of the event, plus traveling, this means about 25-26 days away from home, and off from work… It’s a lot of time. None of my team members can attend.”
“We need to remember that only a few of the riders [usually involved] are professional racers,” added the racer. “Most of us are just amateurs, racing as a hobby and a passion. We need to have a [full-time] job to support our families and ourselves. To go to Macau means always to spend money from our own pockets, even if the organization pays the traveling and lodging expenses.”
Sources told Macau Daily Times that most of the participants had waited until the last minute in the hope that the Macau authorities would change their minds about the quarantine requirements.