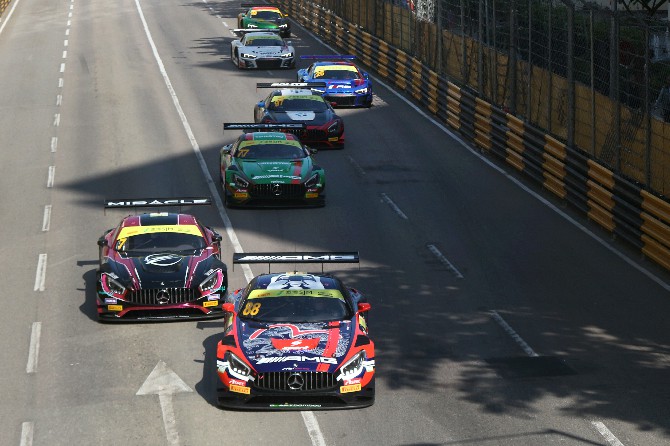 The International Automobile Federation (FIA), the governing body of international automobile racing, said that two of the headline events from the Macau Grand Prix will not take place this year, confirming an earlier report by the Times. These events are the World Touring Car Cup (WTCR) races and the FIA GT World Cup.
The FIA confirmed this when they officially released their decisions at the FIA World Motor Sport Council late last week.
The Council approved the restructuring of the 2020 WTCR calendar, and announced that the six weekend-long, Europe-only calendar would start with Austria’s round on September 12-13.
According to an FIA statement, the amendments “were approved at a meeting of the FIA Touring Car Commission on May 26 and received full FIA ratification.”
The FIA noted in their statement that the decision was made in the face of “an extremely challenging and ever-changing situation [that] has led to several difficult decisions being taken,” including the cancellation of all four rounds of the Asia leg. The main focus will now be on “delivering the maximum number of events possible during these unprecedented times.”
Races in Austria, Slovakia, and Spain have been rescheduled, while a brand-
new event will take place in Adria, Italy.
Events in Germany and Hungary were reinstated after initially being cancelled due to coronavirus-related restrictions in the countries.
François Ribeiro, head of Eurosport Events and WTCR promoter, said, “the events in Asia made up 40% of the original calendar. For the Asia leg to go ahead, the freight must be shipped from Europe at the end of July. Right now, it is simply not possible to predict what restrictions will still be in place by then, with a very real chance of a second wave of Covid-19 – a fundamental consideration.”
“Then there is the safety and wellbeing of our participants and the wider communities in those countries in Asia we were due to visit,” he listed as additional concerns.
The original WTCR calendar had rounds in Macau, China, South Korea, and Malaysia.
Last month, the Times broke news of a second race likely to face cancellation. In addition to the FIA WTCR not returning to Macau for this year, the FIA has also confirmed that the FIA GT World Cup, which has been held at the Guia Circuit annually since 2015, will not be held in 2020.
According to the FIA, the entity “will work with the various stakeholders involved to investigate options to bring the event back in the future.” They did not say, for the time being, whether the event would be automatically be reinstated in 2021.