‘You must give back to the world’ | Gastronomy City title not just a platform, counsels UNESCO 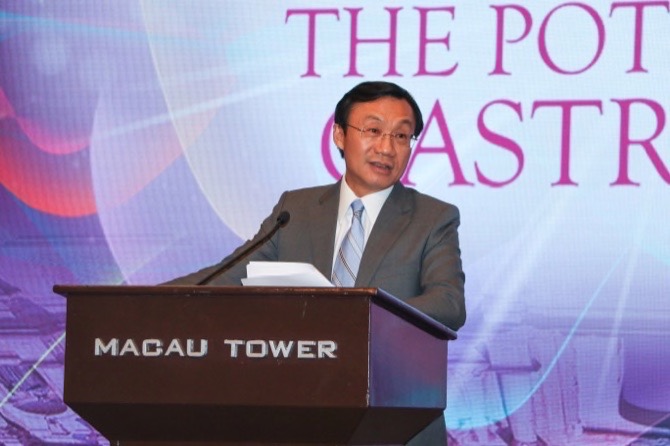 The International Gastronomy Forum, Macao 2018 kicked off yesterday morning at the Macau Tower Convention and Entertainment Center. The annual event was attended by many specialists from the industry sector, and will be held in Macau for the next four years, as announced by the Secretary for Social Affairs and Culture, Alexis Tam.

The opening ceremony was presided over by Tam and featured a speech delivered by UNESCO’s Deputy Director-General Getachew Engida. During his address in the opening ceremony the Coordinator of the UNESCO Cities of Gastronomy Group, Dag Hartman, gave his insights on the responsibilities that come with being designated as a Creative Gastronomy City by UNESCO and the challenges that could arise from the designation and inclusion in the Creative Cities Network (UCCN).

As mentioned by Hartman, “this isn’t just a platform to promote your own cities, it’s also a compromise. You must give back [something] to the world,” he counseled, reminding all 17 members representing the designated cities worldwide in the room, that the idea behind such group is both an honest sharing of knowledge and ideas and to develop together and side-by-side in a non-competitive way.

In his opening speech, Secretary Tam mentioned, as he has before, that Macau is set to comply with such rules.

“As a newly designated Creative City of Gastronomy, we are launching our action plan for the next four years, based on Macau’s unique characteristics and the goals of the network.”

He added, “gastronomic creativity is entirely independent of the size and population of a city. We have seen many fellow UCCN members emerging as small but influential creative capitals.” He continued by reaffirming that Macau will be “taking inspiration and guidance” from the other 16 members.

Addressing the main goals of Macau as a member of UCCN, Tam said, “with the advantage of our tourism infrastructure, our experience in organizing major events, and the attraction of our unique ‘east-meets-west’ heritage, we aim to transform the ‘International Gastronomy Forum’ into a new gastronomy-related milestone event in the calendar network.”

Furthermore, Tam said that the Macau government’s goal is to “organize and incorporate elements of gastronomy in major events, to create more understanding on the gastronomic-cultural context of our city.”

Tam said the government will include a “gastronomic element” in other fields, specifically the film and design industries.

Separately, Engida explained that the designation of Macau as a Creative City of Gastronomy is deeply connected with its “rich culinary traditions and vibrant contemporary gastronomic scene”. He noted that, “food is one of the central and widely shared cultural practices of any given society. This is particularly true in the city of Macau, which has always stood at the crossroads of cultures, people and ideas,” which in his opinion, has nurtured a unique culinary culture, “one that is both local and international.”

Engida also noted that “UNESCO is convinced that culture [including gastronomy] will play a critical role in making our cities more economically vibrant and people-centered.”