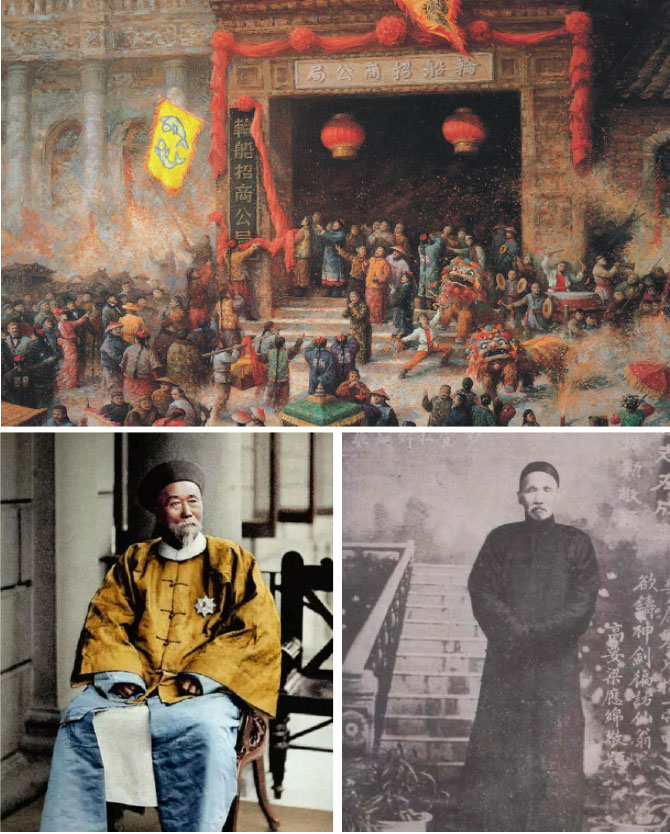 Guangdong natives Zheng Guanying, who made Macau’s Mandarin’s House well- known by residing in it, and Chinese reformer Tong King-sing were active supporters and important practitioners in the so- called Westernization Movement of the late-Qing Dynasty.

The duo became friends and colleagues after they both coincidentally arrived in Shanghai in 1858. Tong and Zheng would go on to play important roles during the turbulent closing chapters of the late Qing Dynasty, and ultimately contribute to China’s development into a modern country.

Research conducted by the Research Office of Tong King-sing at the Macau University of Science and Technology (MUST) is shedding new light on the relationship between these two reformers, who took different paths to reach similar destinations in Macau and Shanghai. Both are remembered today in the SAR for their connections to the city’s history.

Born in Zhuhai in 1832, Tong had a deep connection with Macau. Tong’s father, who was then a worker in Macau, seized the opportunity to send Tong and his brothers to the Morrison School in Macau. Tong studied there for six years, receiving a Western education and learning English.

After finishing his studies at the Morrison School, Tong worked as an interpreter in Hong Kong and Shanghai. Later in life, he worked as a comprador at Jardine Matheson in Shanghai, and was placed at an important position in 1873 by Li Hongzhang, a Chinese politician and diplomat in the late Qing Dynasty. Tong also served in the China Merchant Steam Navigation Company and the Chinese Engineering and Mining Company.

Meanwhile, Zheng Guanying went through the traditional Chinese education system. After Zheng arrived in Shanghai, he studied English and took up work as a comprador in British merchant firms based in the eastern Chinese city, including Dent &. Co.

Later, he invested in a partnership with Union Steam Navigation Co., where Tang King-sing was a board member. Zheng participated in the establishment of the China Navigation Company, a subsidiary of the British Swire Group.

When they were compradors for different corporations in Shanghai, Tong and Zheng’s steamship companies (Jardine Matheson, China Merchant Steam Navigation Company and Union Steam Navigation Co.) were involved in intense competition, with the three companies suffering heavy losses in the subsequent price war.

Under the coordination of Tong and Zheng, in 1878, the three companies signed an agreement to adopt the same prices, which resulted in them recovering some of the losses.

Soon, Li invited Zheng to join the China Merchant Steam Navigation Company. With the persuasion of Tong and others, Zheng accepted Li’s invitation and joined the company in 1882, where he became Tong’s colleague.

With the changes to the political and economic situation in Shanghai and the power games inside the China Merchant Steam Navigation Company, in 1883 Li promoted Zheng to general comprador of the company. However, in 1884 Zheng left the company due to China’s domestic political situation and the Sino-French war. In 1885, Tong was also forced to leave the company.

After leaving the company, Tong became the head of the Chinese Engineering and Mining Company, while Zheng retired to Macau and focused on writing.

It was the Chinese businessman Tong, who in the late 19th century visited Macau’s cement factory to test the quality of the cement. He returned to the mainland to set up the mainland’s first such factory in what is today Hebei Province.

Tong and Zheng were both integral parts of Chinese history during the 1860s and 1870s. They participated in the Westernization Movement, making outstanding contributions to the modernization of China.

In addition to their connections through work, Tong and Zheng were also bonded through the marriage of Tong’s second son and Zheng’s cousin.

When Tong passed away in 1892, Zheng wrote with sorrow to mourn his fellow countryman.

Zheng left an influence on Macau and is best known for residing in the Mandarin’s House, near the A-Ma Temple, where he did much of his writings. Escola Oficial Zheng Guanying, a school in Macau near the Border Gate, is also named after him