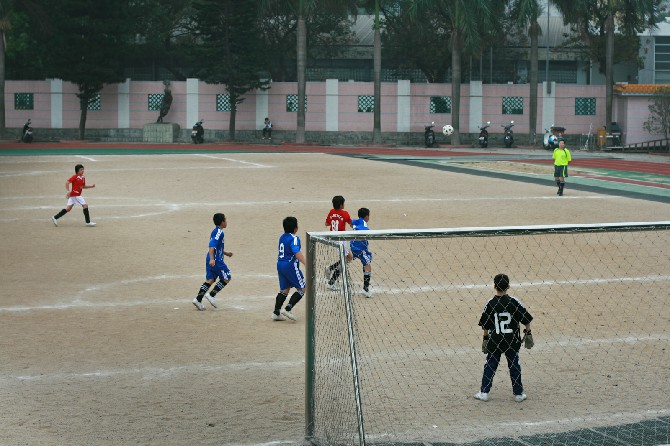 The interschool sports championships, held every year for a wide range of sports activities, is expected to resume this school year, the chief of the Youth Department of the Education and Youth Affairs Bureau (DSEJ) Cheong Man Fai said yesterday during a media briefing following this year’s third meeting of the Youth Council.
Nevertheless, and according to the pandemic prevention and control measures put in force by health authorities, it is likely that all participants, including students and teachers, will have to undergo nucleic acid tests (NAT) to participate in the competitions and training sessions, Cheong noted.
“We are resuming the [physical education] classes and we are also considering the resumption of [inter]school competitions. Maybe before the competitions, the teachers and the students would need to have [NAT] test done as well as comply with other measures such as enough [social] distancing while not wearing masks,” Cheong said in reply to a question from the media.
According to the official, NAT testing is needed due to the fact that “we do not recommend the use of masks during sports activities. The Health Bureau has issued guidelines about sports activities saying that people engaging in intense sports activities should not wear masks, so there is the need for undergoing tests before training sessions and competitions,” she further explained.
Currently, the site for NAT testing and the number of people that need to be tested have not yet been disclosed, with DSEJ officials saying that they are currently preparing the location and number of tests, according to the quantity of students and teachers potentially involved.
Although she acknowledged the lack of an accurate number, Cheong forecasted that a group of between 11,000 and 12,000 people might need to undergo NAT tests.

An inconclusive Youth Council meeting
The Youth Council’s third meeting of the year seems to have been inconclusive regarding the topics on the agenda.
Briefing the media about the conclusions of the meeting, the DSEJ officials found it difficult to present any data on most of the topics, saying that the relevant departments will reply to the media questions at a later opportunity.
The focus of questioning was the presentation by the Labour Affairs Bureau (DSAL) regarding the work done to support youth employment.
According to the DSEJ report, a senior official from the DSAL, Wong Sio Kuan, gave a presentation during the closed-door meeting on the program of opportunities and experiences available to youngsters in the workplace that the DSAL launched in mid-June. This program sought to have youngsters engage in subsidized three-month internships, starting from July.
Questioned by the media on how many youngsters have joined the program, the DSEJ officials said that they did not have any figures on hand.
Related to the same topic, the DSEJ also noted that the DSAL gave a presentation on the “Youth Career Expo 2020” held in the second half of August, which had over 3,000 job posts on offer.
According to the information available, the DSAL said that there was a total of 4,200 job seekers at the career fair.