Offbeat | Not into bingo, 84-year-old Texas woman gets college degree 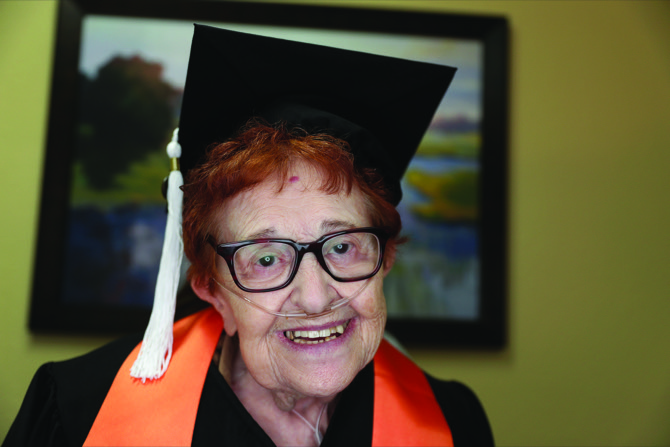 After raising five kids and retiring at age 77 from her secretarial job, Janet Fein couldn’t be blamed for finally relaxing, but that’s not her.

Fein, now 84, went to back to school. And this week she’ll accomplish a long-held goal when she graduates from the University of Texas at Dallas with a bachelor’s degree. Fein says, “I didn’t have anything to do in retirement and I didn’t think that playing bingo was up to my speed.”

Fein made it to class even after she had to start using a walker. Then her knees gave out, so she did a semester of independent study and took online classes to fulfill her degree requirements.

Fein’s college adviser, Sheila Rollerson, says, “She did not give up in the midst of her challenges.”