Opinion | On the rights of movement within casinos 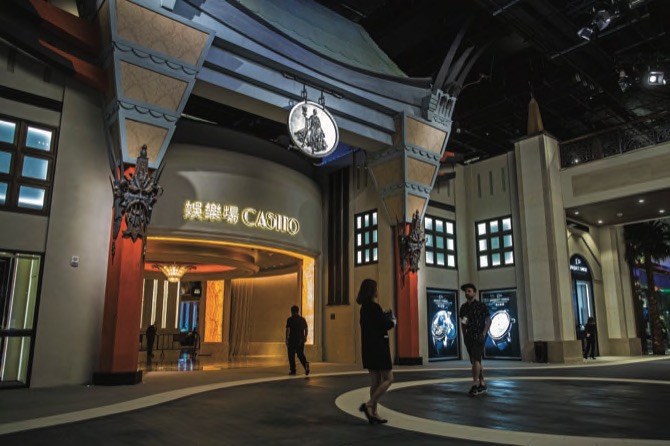 Now that the Secretary for Economic Affairs, Mr Lionel Leong, has stated that future concessions will be subject to a public tender in due time and that the casino gaming law is to be revised, the time has come to correct what practice has proven to be incorrect, unclear and/or lacking in improvement.

A few months ago, having arranged a dinner in a restaurant located inside an “Integrated Hotel-Casino-Resort” and thus part of a gambling concession, an individual with status similar to a civil servant told me that he could not participate in the gathering because the restaurant could only be accessed from inside the casino.

The situation made me think about the meaning and scope of the provisions laid out in article 2 of Law 10/2012, of August 27, published in the Macau SAR Offical Gazette 35, which is fundamental for any analysis of such circumstances. This article states that “entry into casinos is prohibited” to a specific group of persons, including public servants, but also to those under 21 years of age, to persons forbidden and subject to judicial disqualification, those who suffer from psychological disability, employees of public institutes, and agents of the Security Forces and Services, except when authorized by the Chief Executive.

At a first glance this rule offers no difficulty in interpretation. However, paragraph 2 of that article states that such a prohibition entails not only the prohibition of gambling, directly or through an intermediary, but also that the entry ban “covers all areas that are accessible via the casino entrance points”. This last point is the one that presents the greatest difficulty in interpretation, since, strictly speaking, if we take a literal interpretation this norm has already been violated, unceasingly, in recent years, since there are situations in which a person is so much as “forced” to access the casinos.

Just consider, as has happened to me, being in a restaurant located outside the casino, but inside the hotel’s premises, and finding it necessary to obtain money to pay the bill at the bar or restaurant or there being an urgent need to go to the bathroom (WC), and in either of these cases the only ATM machine with available funds or the nearest bathroom is situated inside the casino. And it can also happen that a person is invited to a birthday dinner at an unfamiliar restaurant, to find access is to be made through the casino and only upon arrival finds himself put in the position of needing to break the rule.

And there is also a third situation, related to commercial establishments that have two entrances, one inside the casino and another through a pedestrian corridor of the adjacent shopping mall. As has been the case, due to renovations and/or maintenance work, access to the commercial establishment, as in the case of a certain watchmaker, during a particular period could only be done from inside the casino, and by having to pass through the metal detector. A customer of the store, being someone included in one of the categories targeted by the statutory prohibition on entry, intending to collect a watch left there weeks earlier to have a battery changed is left in a quandary.

None would consider an ATM machine, a restaurant or a bathroom, even those situated inside a casino, to be for the exclusive use of the gamblers.

A relatively short time ago, upon the inauguration of a new Hotel-Resort, a concessionaire conducted a charm campaign exclusively for Macau residents. It was a lucky-draw for promotional gifts with the campaign offering discount cards which could be used in the new shops, but the submission of application forms and the raffle draw was performed inside the casino.

These are situations in which a simple entry ban was not even considered by the legislator, which makes no sense and even disturbs or causes inconvenience to non-players who should not be overlooked.

In addition, although some casinos have clear signage for civil servants and children, thus preventing them from entering casinos, this does not often appear to be practical, given the distances that may be involved, especially for the elderly or for those with reduced mobility.

It would therefore make perfect sense – as seen in one of the Cotai casinos where glass dividers have been erected – to find a way to clearly allow movement between two points when it is necessary to cross the casino. Besides, there are CCTV cameras everywhere that monitor peoples’ movements to see if people stop along the way to watch what is going on at the gaming tables or even if they attempt to wager a few coins.

In this way, it is not possible to confuse the act of progress along a proper corridor with the act of gambling: the former covers the interior of the casino that allows access to areas of shops, restaurants, bathrooms or ATM machines, which by nature must be accessible to all citizens regardless of their category or professional status. The latter should be subject to prohibition for categories of persons currently listed in paragraph 1 of article 2 of Law n. 10/2012.

The current aberrant system becomes even more problematic, while being contradictory, as the law permits a private notary to be a shareholder and director (administrador-delegado) of a gambling concessionaire. If the private notary is subject to the obligations contained in articles 7 (incompatibilities equal to those of lawyers) and 12 (subject to the duties of other civil servants) it would not make sense that he would be prevented from entering, read ‘move within’, a casino to be able to go to the toilet or to a restaurant, but that he could be administrador-delegado and shareholder of the concessionaire. I know there’s an exception but it is still unacceptable.

In the light of the foregoing, and in the absence of any further development, I believe that there is an indisputable need for improved casino regulation, namely in relation to Law 16/2001 on concessions to accommodate the legal imperfections of the current regime within a comprehensive and transparent legal framework. In what it intends to send to the Legislative Assembly, it would be good if the Government of Macao does not leave out the possibility of correcting and putting into order that which is less clear, likely to create difficulty of interpretation and implementation… so that culpability does not fall upon the first Mr Fong to appear. Sérgio de Almeida Correia Lawyer and Notary

Author’s Note: For the purposes of this article I will not technically separate concessions and sub-concessions